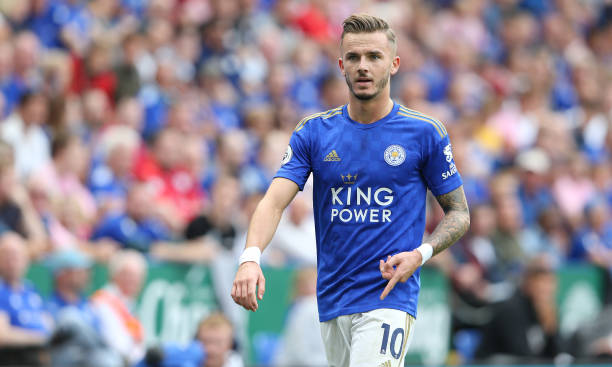 Arsenal were heavily linked with Leicester City attacking midfielder James Maddison in their pursuit of a creative midfielder.

The Gunners instead opted to sign Martin Odegaard for £30m rather than Maddison who was valued at over £60m by Leicester City.

It now appears that Arsenal may have dodged a bullet by not signing the England playmaker as he is in poor form.

Maddison is yet to register a goal or assist in five appearances this season and he has apparently gone 16 matches with no goal or assist.

The poor run of form is alarming for a playmaker especially of his calibre and for a player highly valued. Arsenal could consider themselves lucky that he wasn’t signed given his current form.

In 2019 Arsenal broke their transfer record fee by signing Nicolas Pepe for £72m and his transfer was deemed controversial.

However, the Ivorian winger is slowly justifying his price tag having scored 15 goals last season.