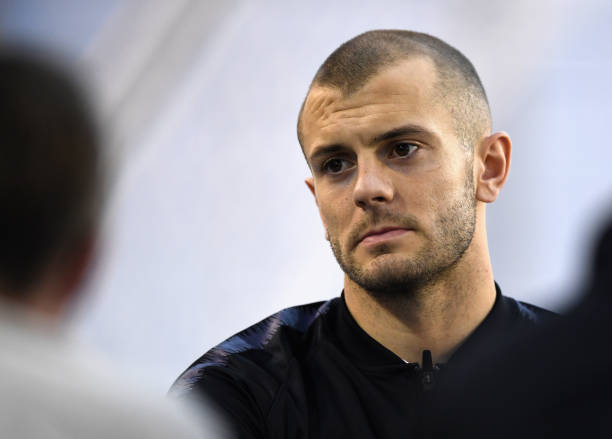 Mikel Arteta has announced that Jack Wilshere will return to Arsenal, but only to train at London Colney according to the Mirror. Arsenal released Wilshere in 2018 after 17 years at the club.

Wilshere made 198 appearances for Arsenal and became a fan favourite at the Emirates stadium.  He made his first team debut in 2008, becoming Arsenal’s youngest ever league debutant at the age of 16 years, 256 days.

At a young age and in the early stages of his career the talented Wilshere was tipped to grow into one of the best midfielders in the world.

Unfortunately he never reached his full potential majorly because of persistent injuries that hampered his development.

After leaving north London is 2018 he joined West Ham where his injury troubles continued, he then joined Championship side Bournemouth but things didn’t work out.

Jack Wilshere while at West Ham

After leaving Bournemouth at the end of last season the 29-year-old is looking for a fresh start and has been training with Italian Serie B side Como in an effort to keep fit.

“The doors are always open at Arsenal”, Arteta responded when questioned about his former teammate returning to the club.

“We are willing to help him as much as we possibly can. He knows that and that’s the situation”. Arteta said during a press conference.

“I really enjoyed playing with him [Arteta], sharing a dressing room with him. To hear him come out and say the door is always open is nice”. Wilshere said.

However, Arteta ruled out the possibility of Jack Wilshere re-joining and playing for the club something that many fans had hoped for.