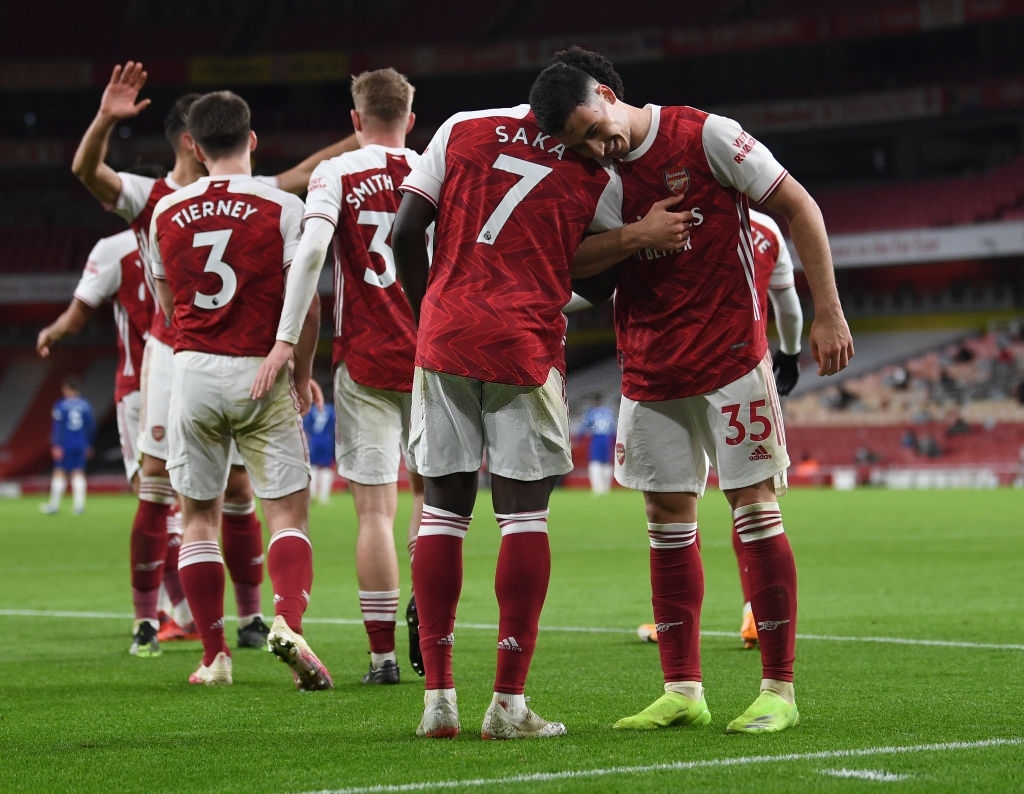 Saka and Martinelli celebrate a goal together. (Photo via Getty Images)

Three of Arsenal’s players have made the shortlist for this years prestigious golden boy award as per Eurosport. The award is given to the best player in Europe aged under 21 by sports journalists.

Bukayo Saka and Gabriel Martinelli are among the nominees while William Saliba currently on loan at Marseille also made the list.

MIDDLESBROUGH, ENGLAND – JUNE 02: Bukayo Saka of England celebrates after scoring their side’s first goal during the international friendly match between England and Austria at Riverside Stadium on June 02, 2021 in Middlesbrough, England. (Photo by Laurence Griffiths – The FA/The FA via Getty Images)

Saka scored 7 goals and had 10 assists last season in what was his most productive season in his career, he was also Arsenal’s player of the Season after 51% of fans voted for him to win the award.  His performances earned him a regular place on the England national team.

While Martinelli spent most of the season recovering from his lengthy injury. William Saliba is yet to make his senior Arsenal debut but has been impressive while on loan in France.

In 2006 Cesc Fabregas won the golden boy award while at Arsenal.