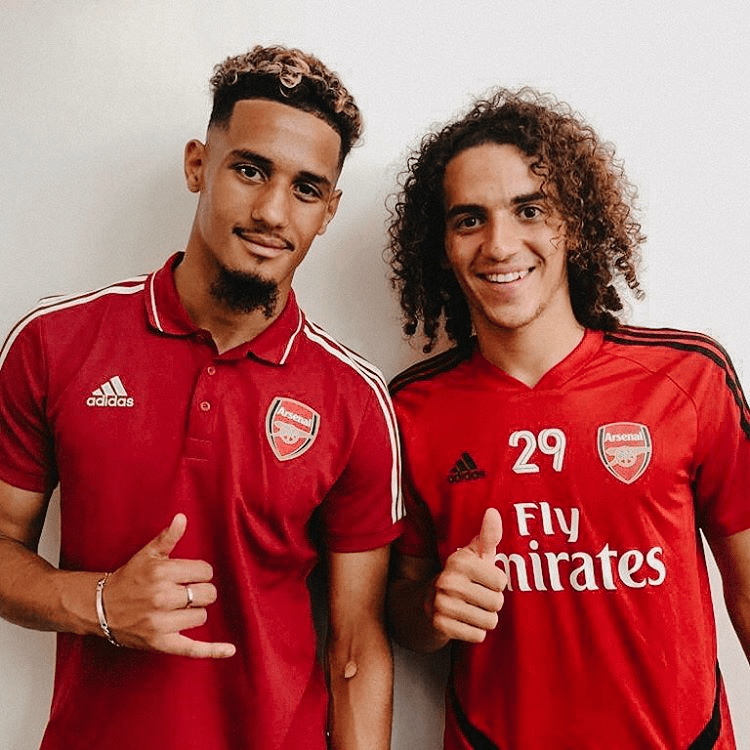 William Saliba and Matteo Guendouzi continue to make Arsenal’s transfer decision look stupid. The youngsters were loaned out to Marseille for the season.

Saliba and Guendouzi were signed by Unai Emery from France coming in with lots of potential and hype. Matteo Guendouzi managed to break into Arsenal’s starting eleven at 19 after impressive displays.

Guendouzi wasn’t fancied much by Arteta unlike his predecessor and his Arsenal career under Arteta came to an end during an incident in the Premier League match against Brighton last year.

Guendouzi confronts Neal Maupay during a game against Brighton, this incident led him to falling out with Arteta. (Photo by Richard Heathcote/Getty Images)

After that incident he was frozen out of the team and eventually loaned out to Hertha Berlin for the 2020/21 season. The reason for the fall out was Guendouzi’s “attitude problem” and “youthful arrogance”.

Now on loan at Marseille with the French side having the option to purchase him permanently, the 22-year-old has started all five Ligue 1 games, registering a goal and an assist.

While Arsenal may have moved on and found themselves a talented Albert Sambi Lokonga, the Gunners could definitely do with Guendouzi’s services as the team is lacking options in central midfield.

Arteta’s man management has been questioned and other another manager would have handled Guendouzi’s character rather than exiling him. Guendouzi at 22 could still develop into a world class player in a few years if he continues in the right path.

For William Saliba, his career in north London has not gone as planned. The 20-year-old central defender was signed by Emery in 2019 and immediately re-joined Saint-Etienne on loan for development.

By the time he returned it was a different man in charge and Arteta simply couldn’t give him a chance to prove himself, leaving him to play for the under-23s. He was loaned out in January to Nice where he impressed.

Many fans expected Saliba to enjoy a breakthrough season at the Emirates Stadium, but he’s also been shipped back out to France until the end of the season.

From Saliba’s point of view, he has been loaned out three times and yet to play a single minute of football for the first team. Arsenal have since signed Gabriel Magalhaes, Pablo Mari, Ben White and Takehiro Tomiyasu giving Saliba the impression that he has no future at Arsenal.

What makes it worse is Arteta’s decision to stick with average or inconsistent centre-backs like Calum Chambers, Rob Holding, Pablo Mari and Sead Kolasinac all starting for Arsenal this season.

The highly rated Frenchman has also started all games for Marseille and with a friendly connection with Guendouzi he might also just choose to quit Arsenal after getting fed up.