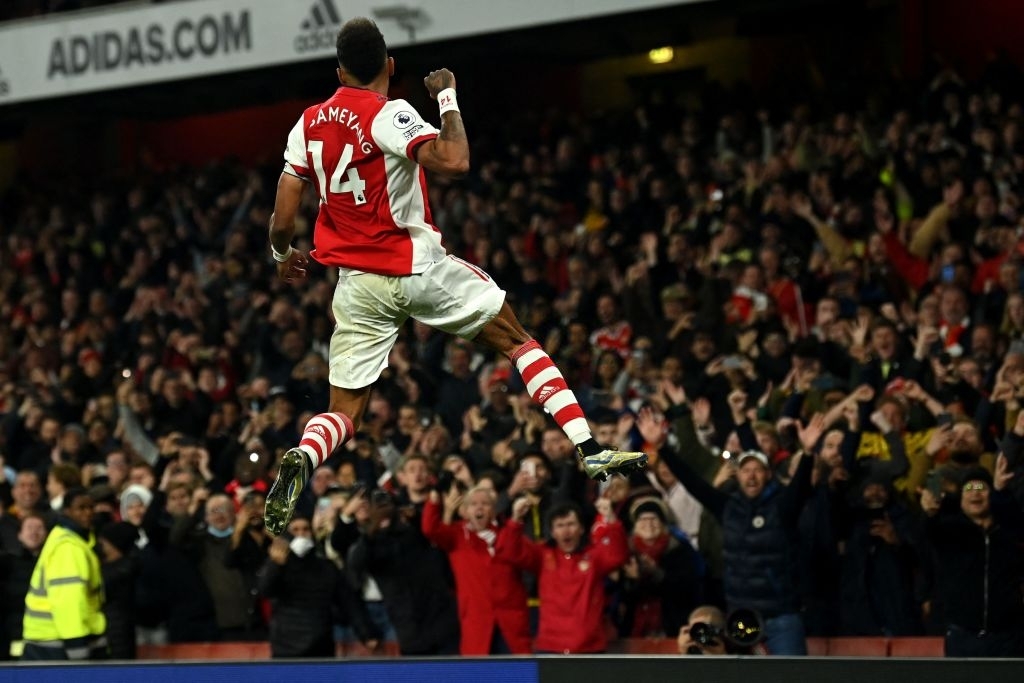 Arsenal striker Pierre-Emerick Aubameyang was on the scoresheet once again as the Gunners beat Aston Villa 3-1 on Friday.

The 32-year-old Gabon international has been in fine form at the Emirates, scoring in each of his last four appearances.

His goal on Friday took his tally to 43 Premier League goals at the Emirates stadium and he is closing in on former Arsenal striker Robin Van Persie’s record.

Van Persie holds the record for the most goals scored at the Emirates stadium [64] of which 46 were in the Premier League.

Auba is just a few goals away from breaking the Dutchman’s Premier League record at the stadium and is likely to achieve the feat in fewer games compared to the former Arsenal captain.

Mikel Arteta speaks out on Alexandre Lacazette amid uncertain future