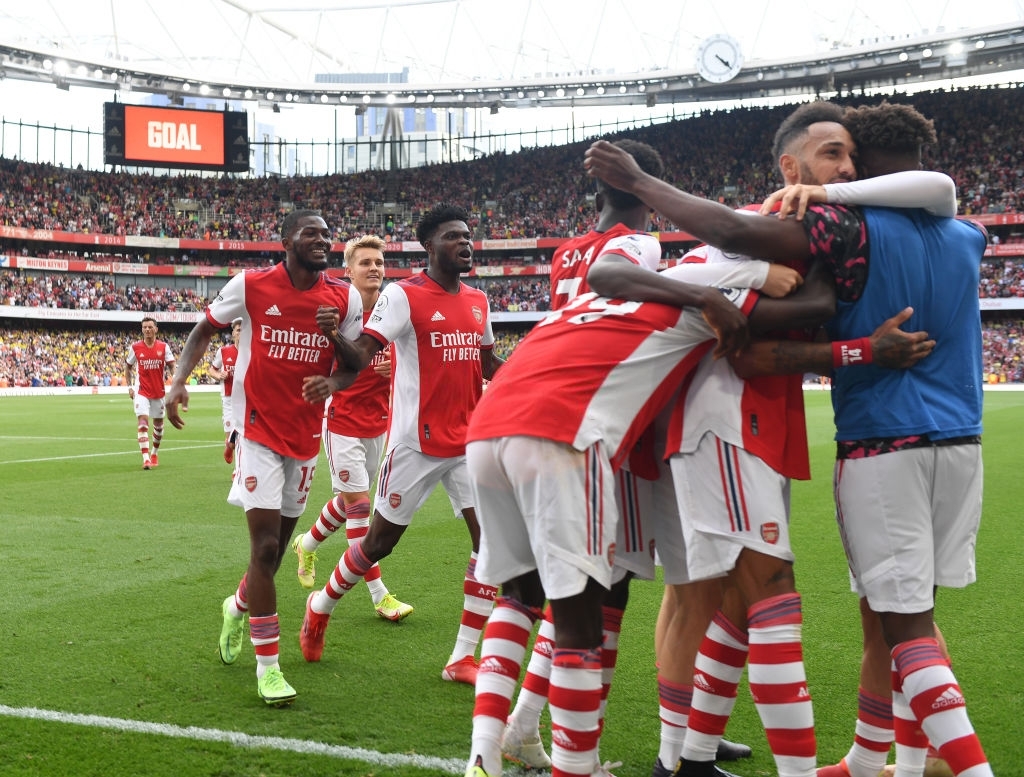 Arsenal will take on Brighton & Hove Albion at the Amex stadium on Saturday evening. Buoyed up from beating Tottenham 3-1 last Sunday, the Gunners face a resilient Brighton just before the international break takes centre stage.

The Seagulls have 13 points from six games, just one point from the top of the table while Arsenal’s three straight league wins have earned them 9 points.

Granit Xhaka faces three months on the sidelines after picking up an knee injury during the north London derby. He is the only injury concern for Mikel Arteta.

Arsenal are looking to win back-to-back away league games against Brighton for the first time since April 1981, following their 1-0 victory at the Amex stadium last term.

This is just the second time Arsenal are facing Brighton in the top-flight while below them in the table, with the previous match being a 0-0 draw at Highbury in January 1982. (Arsenal 10th, Brighton 9th)

After a five-game unbeaten run in the Premier League against Arsenal – three wins, two draws – Brighton lost home and away against the Gunners last term.