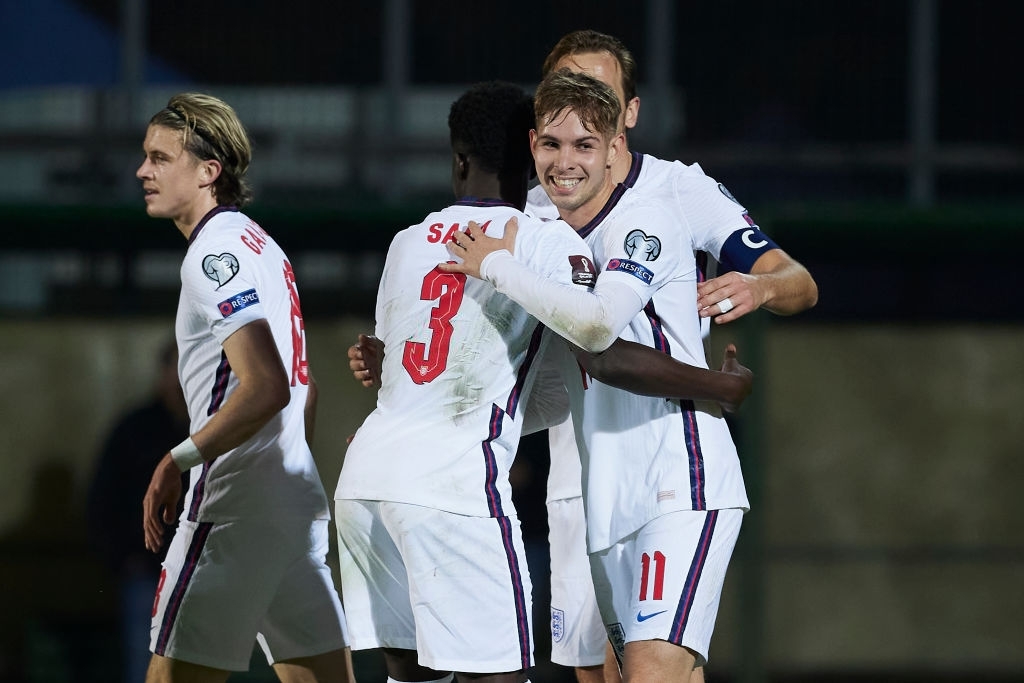 The quartet have been impressive for Arsenal and their performances have been recognized by Gareth Southgate.

Saka has featured regularly for England and his performances this season should cement his place as Southgate’s first choice on the right-wing.

White and Ramsdale were part of the Euro’s squad but were bottom of the pecking order however, the duo have been superb for the Gunners and should walk straight into the starting team.

Here it is… your #ThreeLions squad for March! 🦁

Ramsdale has proven to be one of the best goalkeepers’s in the Premier League and recently made his senior debut for the three lions in the recent World Cup qualifying match against San Marino.

Emile Smith Rowe also got his first England cap in that game, managing to score a debut goal and has been called up for the upcoming games despite struggling with an illness that hindered his playing time.

Smith Rowe might not walk into the lineup straight away given that England are stacked with quality players in that position he plays. As for Saka, Ramsdale and White, the trio should comfortably become starters for Southgate’s side.

England will play friendlies against Switzerland and Ivory Coast in preparation for the World Cup which is scheduled for November.