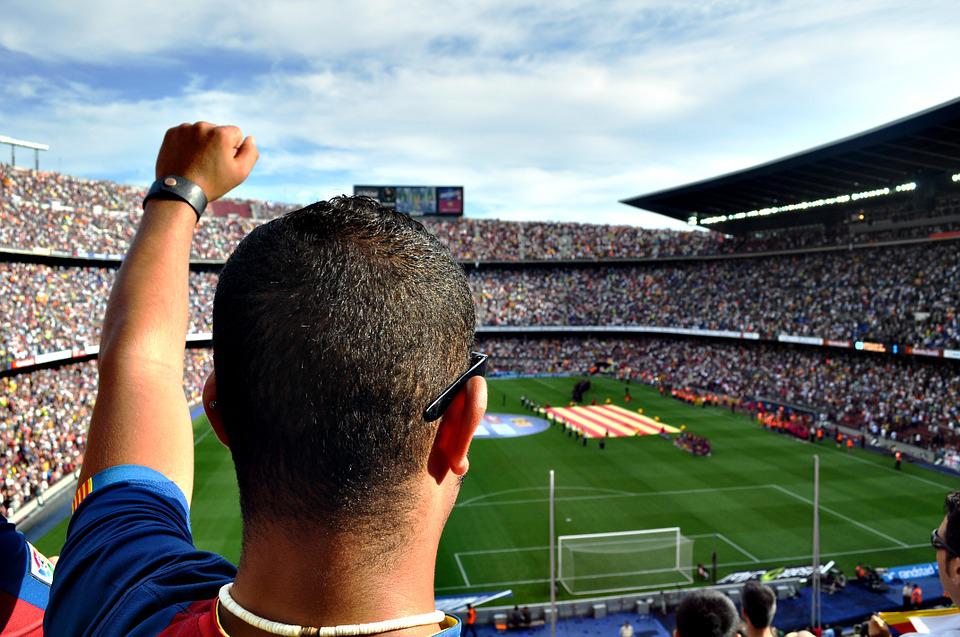 Everybody dreams of winning big in the national lottery, but what can someone do with all that money? As seen in Lottoland’s article on football fans who won the lottery, people who love football tend to do interesting things with their winnings! Today, we will revisit some of the people in that article and add a few new names to the list of fortunate football fans.

Imagine making a phone call and hearing the following words: “Are you ready? Do you want to sit down? I can confirm that you have won one million.”

That is exactly what happened to former Sheffield United player Terry Kennedy in November 2021 after a knee injury in 2016. He called the lotto and heard the words above, confirming that he had won £1 million. His friends recorded him here so that the world could see his reaction! Despite the spectacle, the retired football player plans to do something most people would do with his kind of money: take his partner for a trip around the world!

Jane Park is better known as a “Scots lotto winner” than a football player. Along with splashing her cash, she’s also a passionate fan of the Scottish F.C. Hibernian. After winning £1 million in 2013’s EuroMillions at 17, she became the youngest winner in EuroMillions history! Most of her news reports concern plastic surgery or tattoos. However, she has also done charity work, including celebrity football games! It’s just a shame she got yellow cards and swore at the referee. Park does what she wants with her money, and she sometimes involves her beloved Hibs.

Do you believe in good omens? Paul Long sure did. As a fan of the Leyton Orients, he believed the club’s 3-0 win was a sign of good luck. He bought a lotto ticket for £2 online, only to win over £9,000,000!  However, if you do win, please remember to count your zeroes; at first, he thought he had won £9,000. A friend had to assure him that the whole thing was real!

After getting lucky and winning £2.3 million, humble postal worker Matthew Evans used his winnings to build a full-sized football goal and dugout in his garden. He also added a mosaic featuring the Welsh red dragon to show further support for his home team. He now follows the Cardiff club around Europe! As this article on Barry-UK quotes, “the win made my dreams come true.”

Have you ever considered buying a football club, especially one that desperately needed the money? Several football fans have done exactly that! “Lotto” Les Scadding was a simple mechanic who lucked into £45,000,000 when he won the EuroMillions lottery in 2009. He became the chairman and majority stockholder of Newport A.F.C., a football club in Newport, South Wales after winning. In 2015, he retired to spend more time in his holiday home in Barbados.

Colin Weir was another fan who bought his favorite football club, Patrick Thistle, with £2.5 million of his £161 million winnings. He did this by buying 55% of Patrick Thistle’s stock. The rest of the fans (and stockholders) had a three-month window to adjust to the club’s new ownership. Weir is also a savvy investor; a chunk of his winnings went towards making a youth academy for the club.

But why stop at owning a club? After winning £15 million in the lottery in 2004, Paul and Thea Bristow saved Torquay United from financial ruin. Like Weir, they bought stocks in the club as a family. Thea Bristow became the club’s chairperson, and Paul became vice-chairman; both of those roles are more active than owning stock. Unfortunately, the “most generous lotto winner” Paul Bristow died in 2010, at the age of 59; the entirety of Torquay United sent Thea and their kids their condolences. Thea remained director of the club until 2015.

Most lotto winners do not know what to do with their money once they win. Don’t be like them! Start planning what you would do if you won the lotto. Is your favorite football team in need of money? Would you want to play in a celebrity game? It’s fun to talk about these ideas with your friends, too!

Two Arsenal players that will surprise fans next season

Women’s First Team: Where does every player Arsenal loaned out stand?