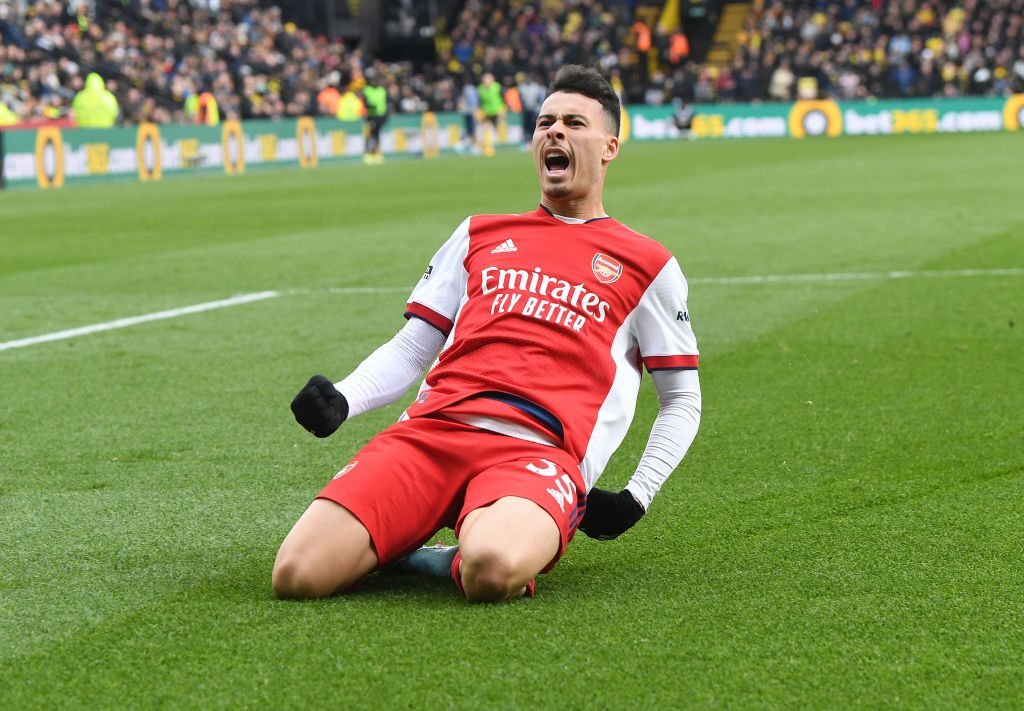 Arsenal will on Thursday night face Tottenham Hotspur in which is considered to be one of the most important North London derbies in a long time since both clubs believe that a win would improve their chances of getting UEFA Champions League football. And so we take a look at Arsenal’s predicted lineup that Mikel Arteta will likely use against Tottenham Hotspur on Thursday.

Arsenal goalkeeper Aaron Ramsdale will be in between the goal posts on Thursday night as he is the first choice goalkeeper.

Mikel Arteta said Ben White is a doubt for this game and he might definitely not start hence their four man back line being Tavares, Gabriel, Holding and Tomiyasu.

The midfield duo of Mohamed Elneny and Granit Xhaka has been impressive in the last few weeks and so the fans will hope it does again this week.

There is a likelihood that Bukayo Saka will not be available for the North London Derby and so Arsenal’s attacking three will consist of Smith Rowe, Odegaard and Martinelli.

Arsenal striker Eddie Nketiah will definitely start in the striking area because he deserves it after his recent performances and he will probably hope to make an impression in this game for his potential suitors or board of gunners.