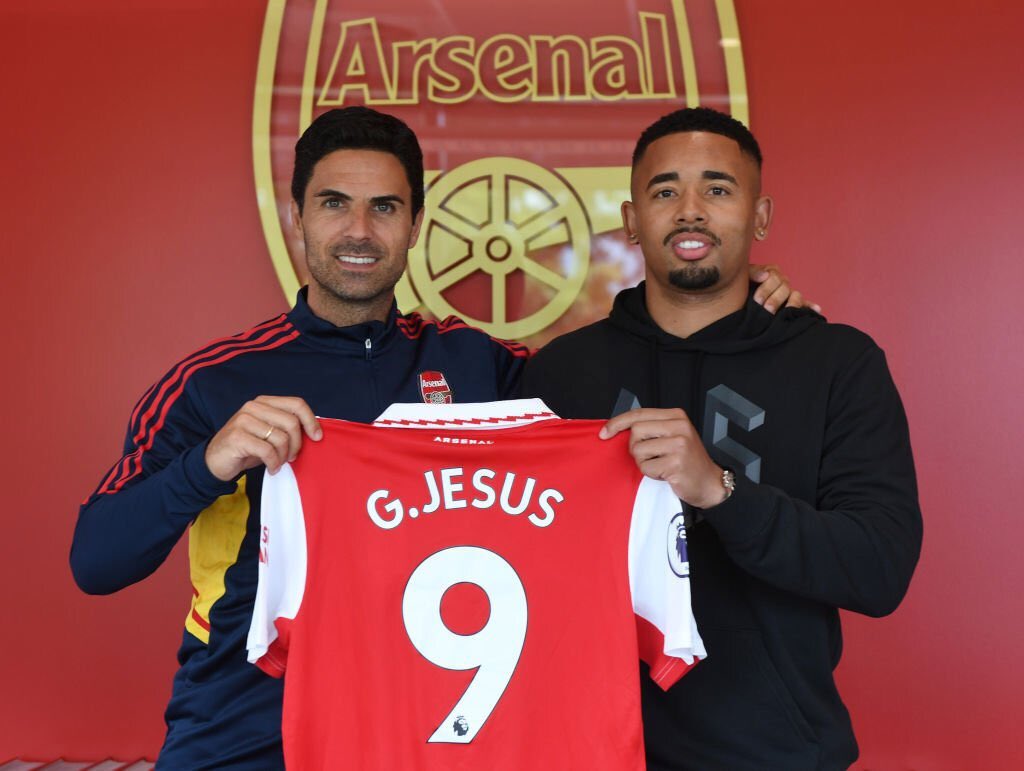 Arsenal has today finally announced the signing of Gabriel Jesus from Manchester City and this has come as a big relief for the gunners as they have been waiting for a long time for their club to officially confirm it. Arsenal manager Mikel Arteta has come out to also speak out on the arrival of Gabriel Jesus who just got announced today morning.

Arsenal are reported to have made Gabriel Jesus their main transfer target for the summer transfer window even before the end of last season and they seem to have fulfilled their plan as Gabriel Jesus is now a gunner for the next five years. Arsenal manager Mikel Arteta already worked with Gabriel Jesus a few years back when he was still an assistant coach at Manchester City and so the fans will hope their fine relationship continues even at the Emirates Stadium.

Arsenal will have Gabriel Jesus in their squad for next season and Mikel Arteta revealed how happy he was with the signing of the Brazilian international who had shined at Manchester City for years.

“I’m very excited. The club has done a tremendous job to recruit a player of this stature. I know Gabriel personally very well, and we all know him well from his time in the Premier League and being really successful here.” Mikel Arteta told Arsenal Media.

“This is a position that’s been on our radar for a long time now and we have managed to get a player that we all wanted, so I’m really happy.”