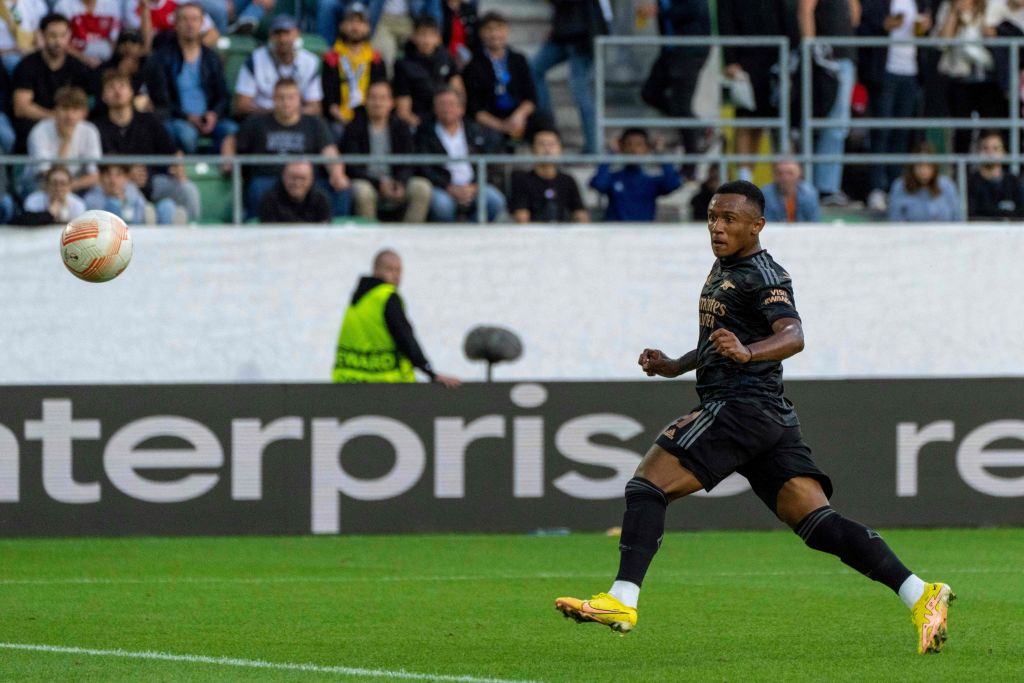 ( Zurich Vs Arsenal / Photo via Getty )

The advantage of the Europa League group stage is it almost always consists of low pressure games that are winnable but not so easy to the point where they’re a waste of time.Arsenal set-up a 4-3-3 formation against Zurich with Marquinhos wide right, Vieira in the right half space, Lokonga in the single pivot, and Tomiyasu as the inverted fullback.Marquinhos was a major “bright spark ” in the game last night. But that was expected of those that are aware of his innate abilities as a player.

He’s a top player who hugs the touchline and comes inside just like Pépé off the left and has good ball-striking on his left foot to boot. As I said when he signed, he’s a good version of Pepe.At just 19, that’s incredibly encouraging and a great platform for his development.

Eddie Nketiah hasn’t yet gotten the Arsenal new system. Not connecting with his wingers the way he’s supposed to, especially in settled play. Seen him being a bit selfish with his movements as well. Occupying the striker’s lane when it’s already occupied. It suits him more when the game is already open.

He plays like someone who’s just discovered new abilities. A bit selfish, a bit too anxious Our game needs a mix of maturity and unselfishness. He should be connecting with Martinelli way more in his wide rotations.

1 goal and 1 assist from Nketiah and Marquinhos, a good display from Fabio Vieira, and a controlled, albeit not optimal performance from the group, but that’s hardly surprising with some technical errors from Turner and Xhaka/Tierney lacking dynamism against a low block.

Arsenal played  against a poor quality low block from Zurich.Xhaka & Tierney were suspects trying to break down a low block They are more useful in games that are ‘well-rounded’ as opposed to trying to break a team down for 90 mins.

Arsenal were  in total control but the quality & ruthlessness  in the final third hasn’t been good enough (which explains the 1-2 goal outcome. We should have scored more.One of the reasons we lost at Old Trafford last weekend bar the high line issue) but we were playing with some non-optimal players in the XI. Tierney doesn’t having the turning radius of a Zinchenko and Xhaka is limited offensively. We sorely missed Smith-Rowe on the left.

This season’s Europa League campaign could be beneficial for Arsenal to learn to control games with the ball. We need to do that in every game, it should be our modus operandi, Lesser quality opposition will almost force them to by constantly giving them the ball back.

That’s it from me. Till next time.

Two Arsenal players that will surprise fans next season