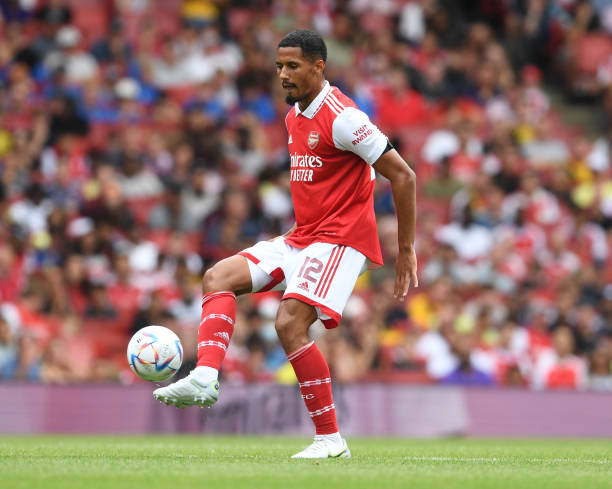 William Saliba was loaned to Marseille last season and after his impressive performances in the French Ligue one, the gunners decided that they wouldn’t loan him out this season as Mikel Arteta wanted to try to give him a chance this season. A few weeks later, William Saliba has become one of Arsenal’s important player and has been impressive in most games including in the Saturday 3-1 win over Tottenham Hotspur.

William Saliba was selected in the starting eleven of Arsenal that defeated Tottenham Hotspur at the weekend and the fans were obviously very excited about how the young French centre back would perform in his first North London Derby. The Arsenal supporters definitely left the stadium with a smile on their face as Saliba was one of the best players of the day and will hope that the 21 year old keeps up his good form for the rest of the season.

William Saliba faced the media after the game to comment on how he felt about his first North London Derby which the gooners consider to be one of the most important games of the season.

“I wait a long time for my first north London derby. I enjoyed it since the first minute to the end, and I am so happy. It’s a derby, a big game, where all the fans and the players want to win. I like to play big games like this.” said William Saliba as per Goal.