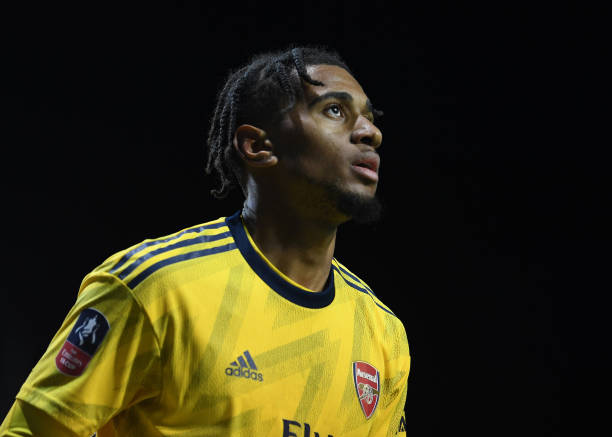 There was endless rumours saying that Reiss Nelson would be loaned out of Arsenal in the summer transfer window since it looked like he wouldn’t be in the plans of Mikel Arteta but the young winger stayed at the Emirates Stadium. Reiss Nelson made headlines on Sunday when he got on the score sheet twice in Arsenal’s win over Nottingham Forest.

Arsenal welcomed Nottingham Forest to the Emirates Stadium after their defeat in the UEFA Europa League and they started off well in the game thanks to a beautiful goal from Gabriel Martinelli but the away side managed to hold until halftime. Arsenal fans were still pretty nervous as the second half begun because they still remembered the Southampton game but things were different this time thanks to players like Reiss Nelson who rose up to occasion after having came on in for Saka the first half.

Reiss Nelson in the 49th minute scored to make it 2-0 and two minutes later put the ball in the back of the net his second of the day. Arsenal fans were happy to see Nelson showcase his talent as he was a fan favourite when he left the youth team. Reiss Nelson has provided an update on his future, saying that he is happy at the Emirates Stadium at the moment.

“I’ve never doubted myself. I have a very, very strong bond and love for the club. There’s been times where I’ve been a bit down, but my plan has never been to leave or say that I have no future here. ” said Reiss Nelson as per Goal.

“Of course [I would like a new deal]. Getting a new deal would be amazing and I would love to commit to the club. But I’m just really, really focused on doing the right stuff.”