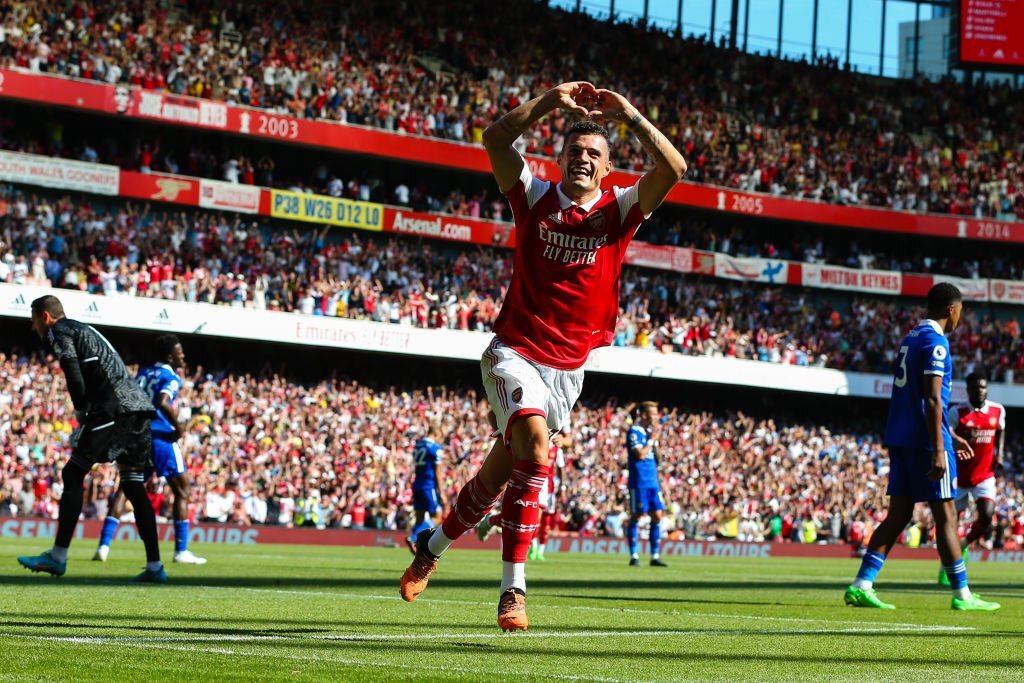 Arsenal completed the signing of Granit Xhaka in the 2016 summer transfer window and his career at the Emirates Stadium has had a lot of ups and downs than expected when he came. It seemed to be like Arsenal and Granit Xhaka were finally going to part ways after many hardships but the Swiss international somehow managed to remain at the Emirates Stadium, the midfielder has opened up on how Mikel Arteta helped him.

Granit Xhaka has become a fan favourite this season thanks to his impressive performances as he seems to have added scoring goals to his game which is something one wouldn’t expect  if he remembers the controversial situation that happened to the Swiss international a few years ago. In the last days Of Unai Emery’s time at Arsenal, Granit Xhaka had a fall out with fans in the stadium which saw him curse at the fans after they booed him.

Arsenal midfielder Granit Xhaka did already confirm that it is Mikel Arteta that made him stay at the Emirates Stadium and he has opened up about how the Spanish coach was able to do it.

“In our first conversation I told him that I was going. He just said: Stay, I will make sure that you deliver top performances.” said Granit Xhaka as quoted by The Sun.

“Please give me six months. He told me his ideas and his philosophy. I just knew it would work out with him. For the first time in my life I made a decision all by myself.”