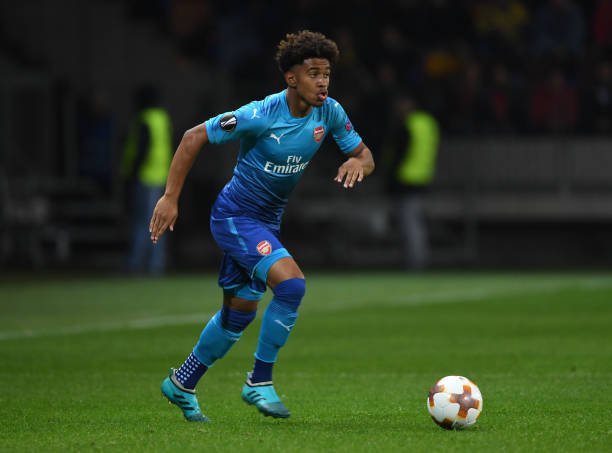 Reiss Nelson made his breakthrough to the Arsenal first team in the summer when the gunners travelled to Sydney and Beijing. The young midfielder has been backed by many football pundits to become a great player in the future and have continuously urged Arsene Wenger not to waste the talent of the English forward because the gunners manager usually does not give enough chances to players to prove themselves that they are capable of being in the senior team like Chuba Akpom who could impress during pre seasons but Arsene Wenger just lets him go out on loan.

Most gooners believe that Reiss Nelson is a class apart and that he is different from other young talented future prospects which Arsenal have had in about a decade now but they will hugely be hoping that he isn’t or does not become an injury prone like Jack Wilshere who was also hyped so much like this when he also made his breakthrough at the age of 17. Reiss Nelson is a versatile midfielder and is very good at dribbling and it isn’t like the gunners have many dribblers in their team like him so it might be the perfect time to introduce the Englishman into the English Premier League because he may add a lot of flair to theArsenal team which has been heavily failing to finish off chances they create.

Arsenal recently sold Alex Oxlade Chamberlain to Liverpool in the summer and did not sign a replacement for the midfielder who left the gunners after finishing some good years at the Emirates stadium so most gooners have called un to Arsene Wenger to put Reiss Nelson in the position of the departed midfielder because he was a regular starter. Alex Iwobi did not take any part in Arsenal‘s Europa League match against Bate Borisov after he sustained an injury, as this may be bad news to the gunners, it might still be good news because since the Nigerian international is ruled out then that would mean Reiss Nelson would have come closer to always being included in the lineups.

Arsene Wenger has always trusted young players but is usually disappointed by them and as a end result getting a beating like the one where Arsenal lost 8-2 against Manchester United but every Arsenal supporter is urging their manager to give Reiss Nelson a chance because they believe he will be a great player in the future.

Jack Wilshere Has Proved That He Is Back At His Best