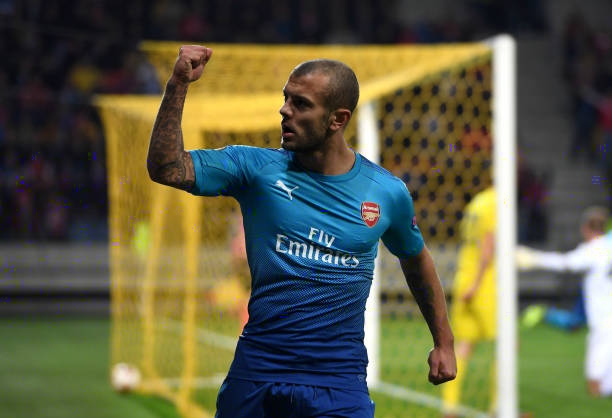 Arsenal will be playing in Serbia tomorrow when they face their Europa League opponents Red Star Belgrade as they hope to maintain their perfect start in the European competition. Jack Wilshere hasn’t been given chances in the English Premier League so the Englishman is always happy and eager to perform for the club when given the chance in competitions like the Europa League and Carabao Cup.

The English international used social media to send a message to his fans;

Ready for our @uefaeuropaleague game tomorrow night in Serbia! See you there Gooners ⚽️?

The midfielder says that he is ready for their Europa League match against Red Star Belgrade. The English international is sure that he will get given a start by Arsene Wenger tomorrow because the manager has always said that he will be rotating his squad due to the tight schedules by the competitions and fatigue is the last thing he would wish his squad to experience.

Jack Wilshere got his breakthrough into the first team when he was just 17 years old and he has since become a fan favorite in the capital but his footballing career has been ruined by many injuries which were making the player miss almost the whole season.

Arsene Wenger recently Wilshere by calling an extraordinary player that can open up defenses due to his great skills when with the ball at his feet but the manager hopes that the player gets an injury free season because Arsenal needs him so much because they have many games with tight schedules.

Robert Pires Speaks Out Some Comments On Ozil