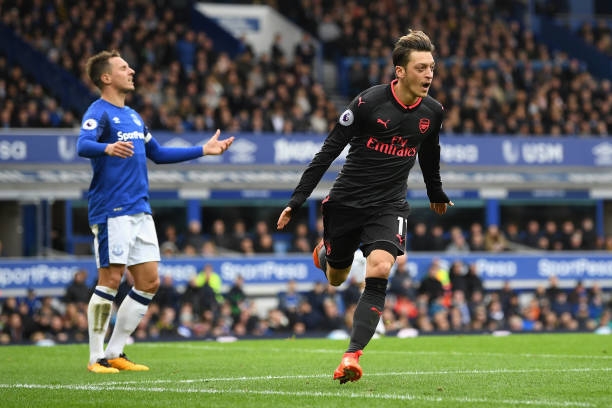 Mesut Ozil has been heavily linked with a move to Manchester United but it seems the player will indeed leave the Emirates stadium as end of season according to the EXPRESS.

Mesut Ozil has only one year remaining on current contract at the Emirates stadium and there has been no sign that truly shoes that the gunners are in advanced talks to renew the contract of the German international in the coming weeks or months.

The German international’s agent said that they are in talks with Arsenal to extend his contract a few weeks ago but Arsene Wenger hasn’t confirmed whether those claims by the agent are true and that is what still making gooners in easy and worried that Manchester United will sign him in the January transfer window.

The Red Devil’s have been a long term admirer of the German international and even their manager Jose Mourinho is believed to be the one behind the wheel trying to steer up this deal but some latest say that the Portuguese manager has said that won’t a make a move for Mesut Ozil in January and instead wait until this season ends, and get him for free which is something Arsene Wenger wouldn’t want because he would want to find a perfect replacement with some of the funds obtained from the sale of the 29 year old.

Mesut Ozil joined the gunners in 2013 and he has so far spent four years in London and he has become a fan favorite so it will be a disappointment to Arsenal supporters and could even cause protests by the fans if the German international is sold because the gunners can’t meet his salary demands. The 29 year old has helped the gunners win three FA Cup trophies since he joined four years ago and even was once breaking Thiery Henry’s assist record.

The rumours linking Mesut Ozil to Manchester United have been going on for weeks but the player once replied via his social network accounts as you can see below.

The gunners won’t wish that the former Real Madrid star leaves because they would like to see how the attacking trio of Alexis Sanchez, Mesut Ozil and Alecandre Lacazette after it impressed against Everton last week.

Man City Make Plot To Get Sanchez With No Effort