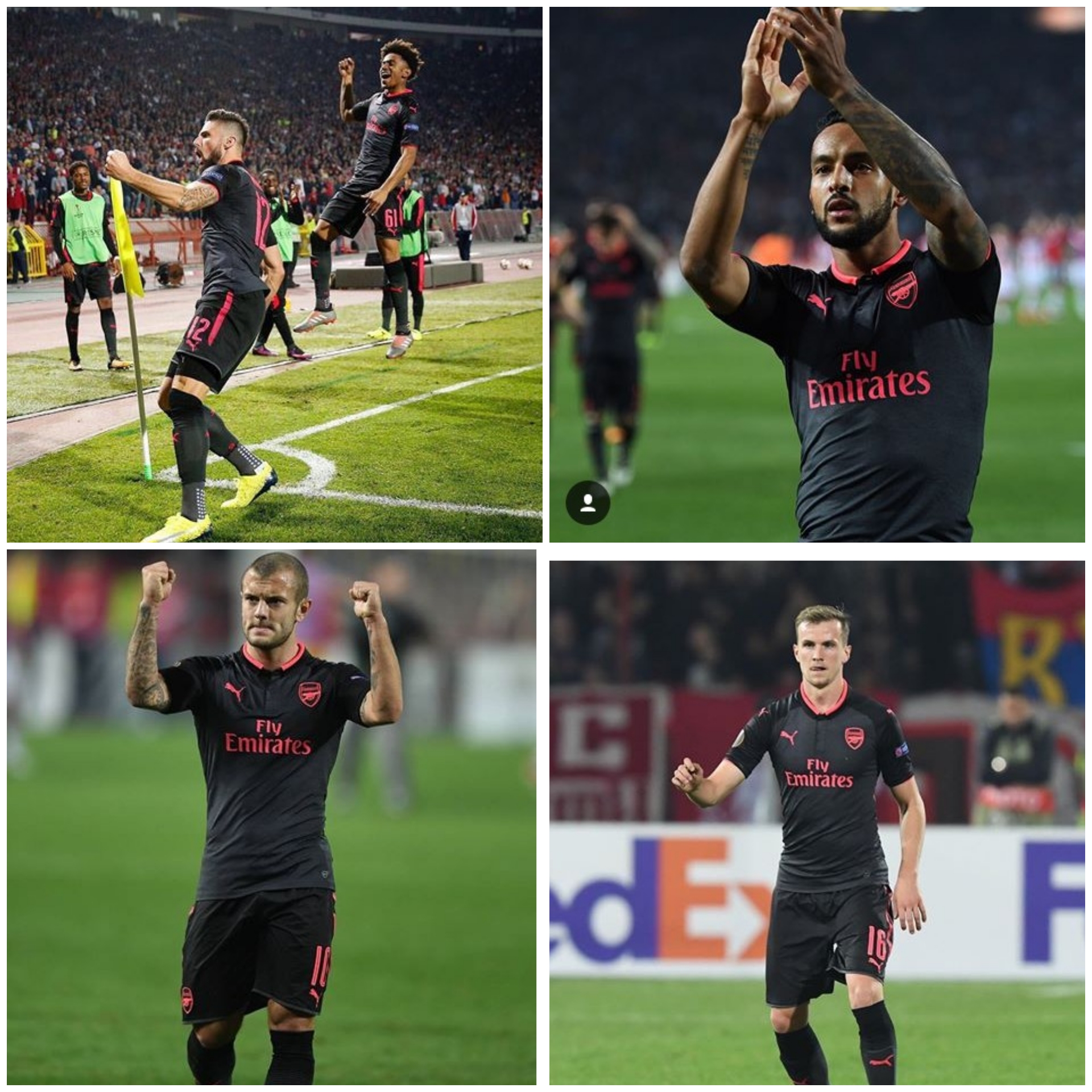 The gunners beat Red Star Belgrade last night after Olivier Giroud tapped in the winning goal in the last minutes of the match. It took the gunners the whole 90 minutes and a red card to finally breakthrough and terrorise the defense showed by the the Serbian club who looked very confident and ready to put up a fight against the travelling gunners.

It was quite evident that Arsenal players were relieved when the French striker converted the ball to the back of the net.

CHECK OUT REACTIONS FROM THE FANS.

ome home with another win, good shift from the team. #COYG

Hard fought win by the boys tonight. Thank you to our away fans for your support ????#wearearsenal #Gunners pic.twitter.com/8bebikFPt0

‪3 wins out of 3 so far. Strong team performance at a very tough venue and get the clean sheet! Thank you to the travelling fans #COYG‬

Great character, I told you we have some ? another 3 points at a difficult place. Shout out to the fans who travelled over, unbelievable support! ?? #afc @arsenal

The gunners went into this Europa League match with full confidence and thought that it is gonna just be a walkover but got surprised as Red Star Belgrade gave them a scare by holding the gunners for the whole match but finally conceded thanks to a goal from Olivier Giroud.

Wenger Says He Has Noticed Something Good In Team

Reactions  On The Arsenal Lineup