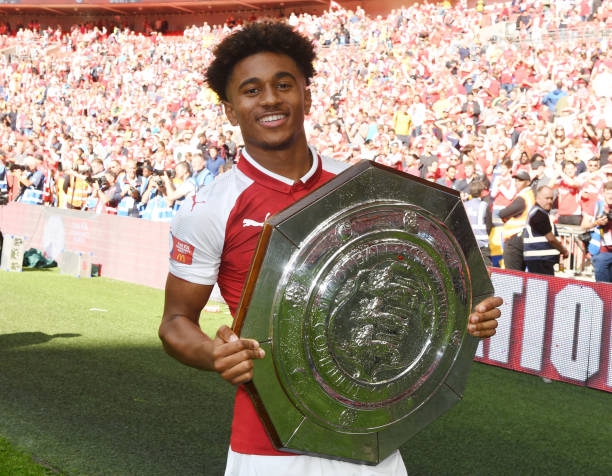 The gunners are in Serbia for their Europa League encounter with Red Star Belgrade who are just two points from Arsenal in their group H table standings. Arsenal youngster Reiss Nelson is also among the selected players to be in the squad to face the Serbian club on Thursday this week.

Reiss Nelson has used his twitter account to update the Arsenal supporters how he is also going to be part of the gunner’s match against Red Star Belgrade.

On our way to Serbia for tomorrow’s game! ✈️ Looking to come back with 3 points and a good win! #COYG ?⚪️ @EuropaLeague pic.twitter.com/73H2Nkk9mq

The Arsenal fans have strong belief that the young English international will grow and mature to be a very important player in the future because he has showed great signs that he is ready to fight until he finally makes it to some Arsenal English Premier League matches.

Arsene Wenger is one of the few top managers that love young talent and wish to promote it but although the Frenchman promotes young talent, he has sometimes instead ruined the talents of some players for benching them so much yet the player is good and a good example would be Joel Campbell who had limited chances so Arsenal supporters will be hoping it is a different story with Reiss Nelson.