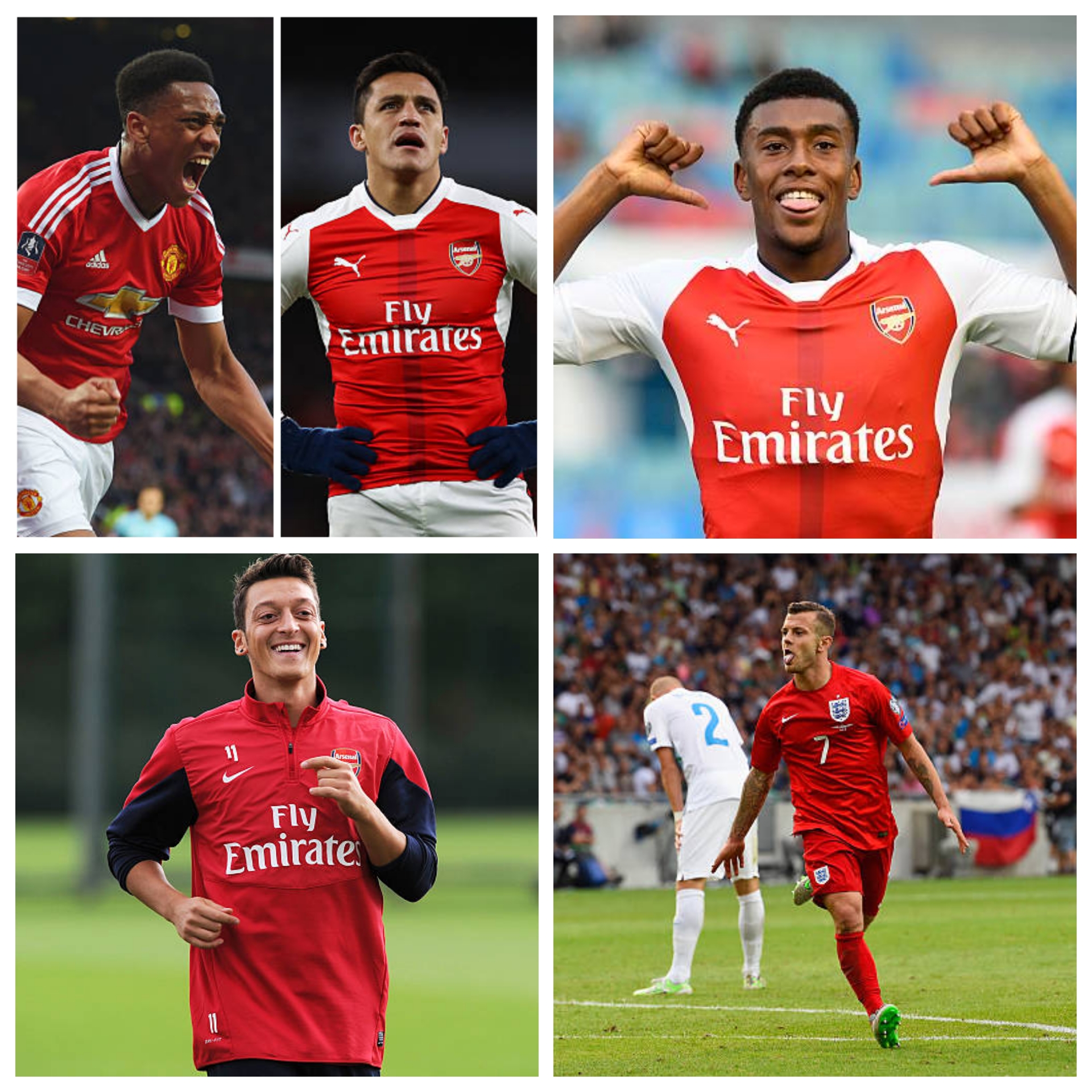 Arsenal True Fans is bringing you the round up of today’s Arsenal news from many sources. There is only 6 days for the gunners match against Watford on Saturday.

Nigerian golden Alex Iwobi made the news of the day after he opened up the silence on the situation of contract rebels Mesut Ozil and Alexis Sanchez who seem not to be interested in signing new deals but Alex Iwobi says it would be a grave mistake if the gunners lost the pair. Alex Iwobi has always consideres Mesut Ozil and Alexis Sanchez as his mentors and he hopes that they do not get separated too soon.
2. ARSENE WENGER TRACKING ANTHONY MARTIAL (METRO)

There has been numerous reports suggesting that Arsene Wenger is interested in signing Manchester United’s star let Anthony Martial who is said to be considering leaving the Old trafford this January because he is tired and afraid that he will be benched by Jose Mourinho. Arsene Wenger has come out yet and confirm that he is interested in the Frenchman but it is well known that Wenger loves players that come from France and he usually does business behind the scenes.
3. ARSENE WENGER PRAISES JACK WILSHERE. ( MIRROR)

Jack Wilshere has faced a lot of problems in his footballing career as he has failed to stay fit in almost every season but Arsene Wenger has praised the midfielder by calling him an ‘exceptional player’ due to his ability to beat people to the ball. Arsene Wenger believes that the Englishman will be given more chances in the future but will be praying that for once this season, the midfielder gets an injury free season because he is rated highly by most football analysts but the only problem is that the player gets injured frequently.

Alex Iwobi Speaks Out Some Sweet Words For Ozil And Sanchez