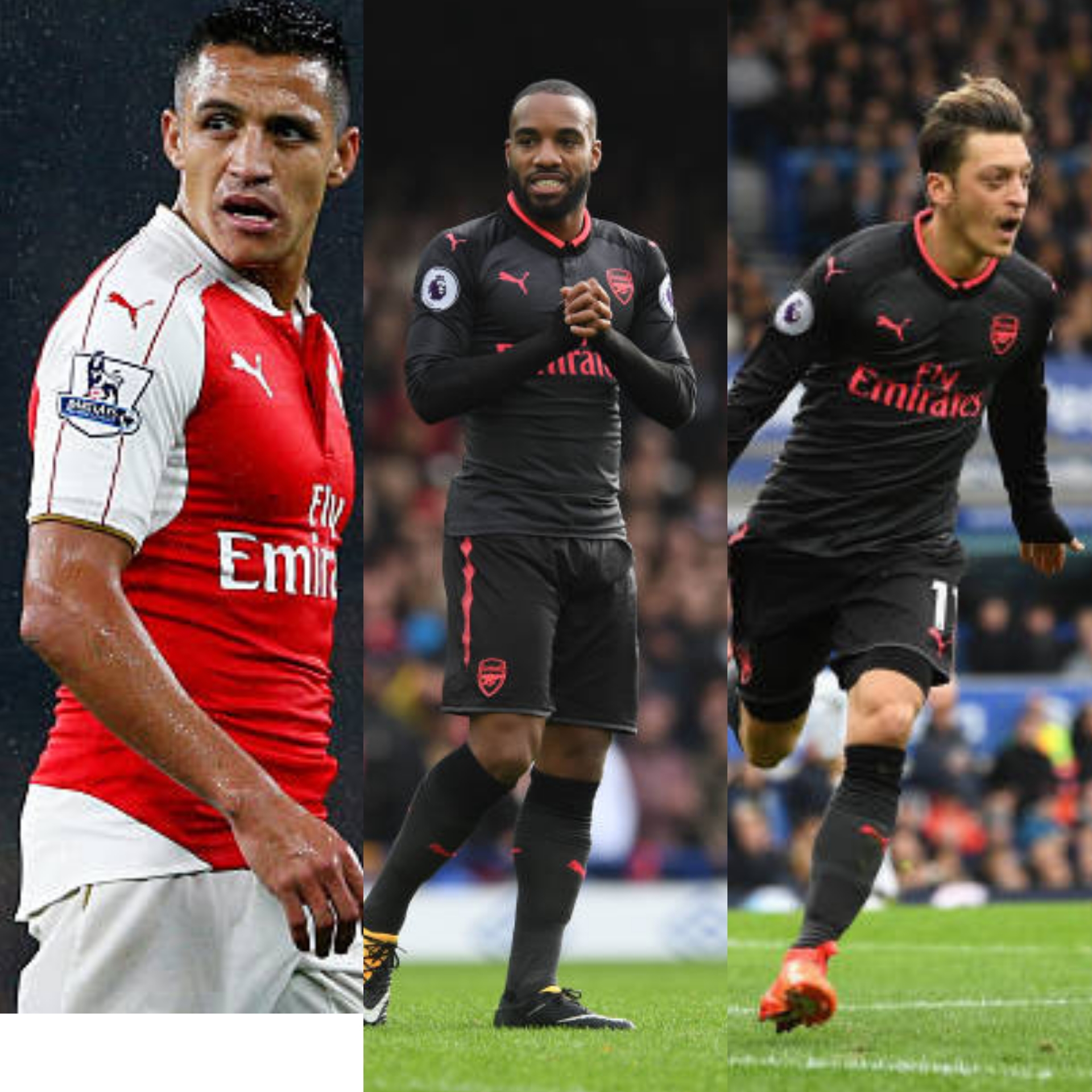 Arsene Wenger was celebrating his 68th birthday on Sunday and the French manager gave the gunners their wish to have Alexandre Lacazette, Mesut Ozil and Alexis Sanchez start the same match all together and this decision paid off as the trio each scored a goal against Everton.

“They went 1-0 down and carried on playing the same way and to be fair nothing was really happening to make sure they couldn’t play the same way.’ the for EPL star told Sky Sports.

‘The three guys up front all scored they had some goals they shared with each other. Now can you maintain that for a long run that’s what you need to do that will be pretty vital and now we’re going to see if they can do it.”

The gunners will be hoping that Arsene Wenger makes a similar lineup like which he did on Sunday because their attack was very active and always looked dangerous when going forward which made the travelling Arsenal supporters.

The Arsenal match against Everton was The first time the gunners lineup of the AOL trio which has so far showed that has a great future ahead that is if they aren’t separated like one of them leaving in January. There have been continuous rumours which are suggesting that Mesut Ozil and Alexis Sanchez in January because it is said that they are no longer having Arsenal at heart but gooners are believing that the duo won’t be leaving in January because they both showed passion for the club yesterday when they were playing against Everton.

Thiery Henry once said that it was going to be a hard task for Arsenal’s mega money signing Alexandre Lacazette to finally fit into the Arsenal squad this season but he might have to go back on his statement because the French striker has so far scored 5 goals already in the English Premier League and with the help and support of Mesut Ozil and Alexis Sanchez, the striker could score up to 20+ goals this season.

Arsene Wenger Brags About What He Sees In His Squad