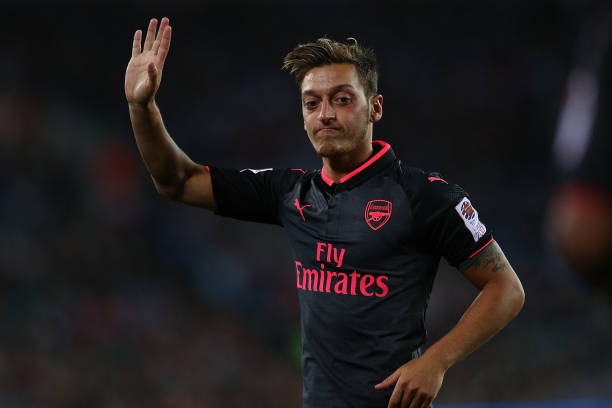 Mesut Ozil has few months remaining on his contract at the Emirates stadium and the supporters are growing increasingly frustrated with this transfer saga.

The gunners have always been waiting for news concerning the negotiations of the renewal of the German international because he is a valuable player at Arsenal ever since he joined the North London club in 2012.

There has been a report by top UK sports news publishing company MIRROR who say that Mesut Ozil has been given permission by Arsene Wenger to begin negotiations with the clubs that he wishes to join because the French manager is fed up of trying to convince the former Real Madrid star to stay at the Emirates stadium for some more years.

It is said that the player’s agent has been told by the Arsenal manager that they are ready to sell the player because they have failed to meet the demands of the German international yet they wouldn’t wish to let go of Mesut Ozil for free in the 2018 summer transfer window which will mark the end of his contract at the Emirates stadium. It is said that there has been some matters that weren’t resolved when the gunners were negotiating a new deal with the player hence leaving talks to break down according to rumours.

This will come as a big surprise because Arsene Wenger is the same person that said that Ozil and Sanchez are happy at the North London club but it seems the manager didn’t keep his word, because he is ready to let go some of their star players including Mesut Ozil who will greatly be missed by the supporters.

Arsenal To Complete Transfer Of Midfielder, Is He Ozil’s Replacement

Mustafi Responds To Transfer Rumours On His Future