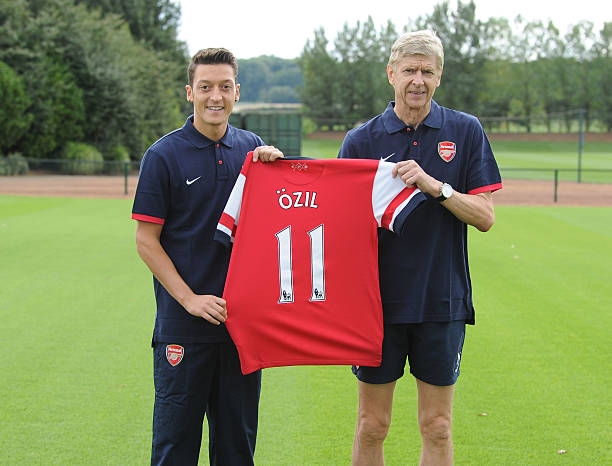 The gunners have started the season poorly and it seems they will be looking to strengthen their squad in order to compete for major honours.

Most Arsenal supporters believe that their current squad doesn’t have the right players that can compete for the English Premier League because they have not been that good in this 2017/18 campaign that started in the month of August.

There has been a report by the DAILY MAIL which says that the gunners will be making a strong move for Schalke midfielder called Leon Goretzka in the January transfer window because they are being pressured by the supporters who say that they aren’t satisfied with the current performances of the team. Leon Goretzka is a top playmaker who has attracted interest from top European clubs because he clearly stated that he won’t be signing a new contract amidst rumours linking him to the Emirates Stadium.

It is said that Arsene Wenger has identified the player as a possible replacement for want away Mesut Ozil because there was a report yesterday that the player has been given permission from the Arsenal manager to leave the Emirates stadium. So this means that the Schalke midfielder will be joining the gunners to replace the German international but luckily for the North Londoners, they will be acquiring his services for free which is the same way they got Leon Goretzkar’s former teammate Sead Kolasinac who has proved to be an outstanding free signing.

The gunners have been trying to convince Mesut Ozil to stay at the Emirates stadium for many years now but it seems the German international has made up his decision not to stay at the Emirates Stadium for some more years leaving Arsene Wenger look for replacements and it seems the French manager has identified Leon Goretzka as the best early and easy to get replacement.