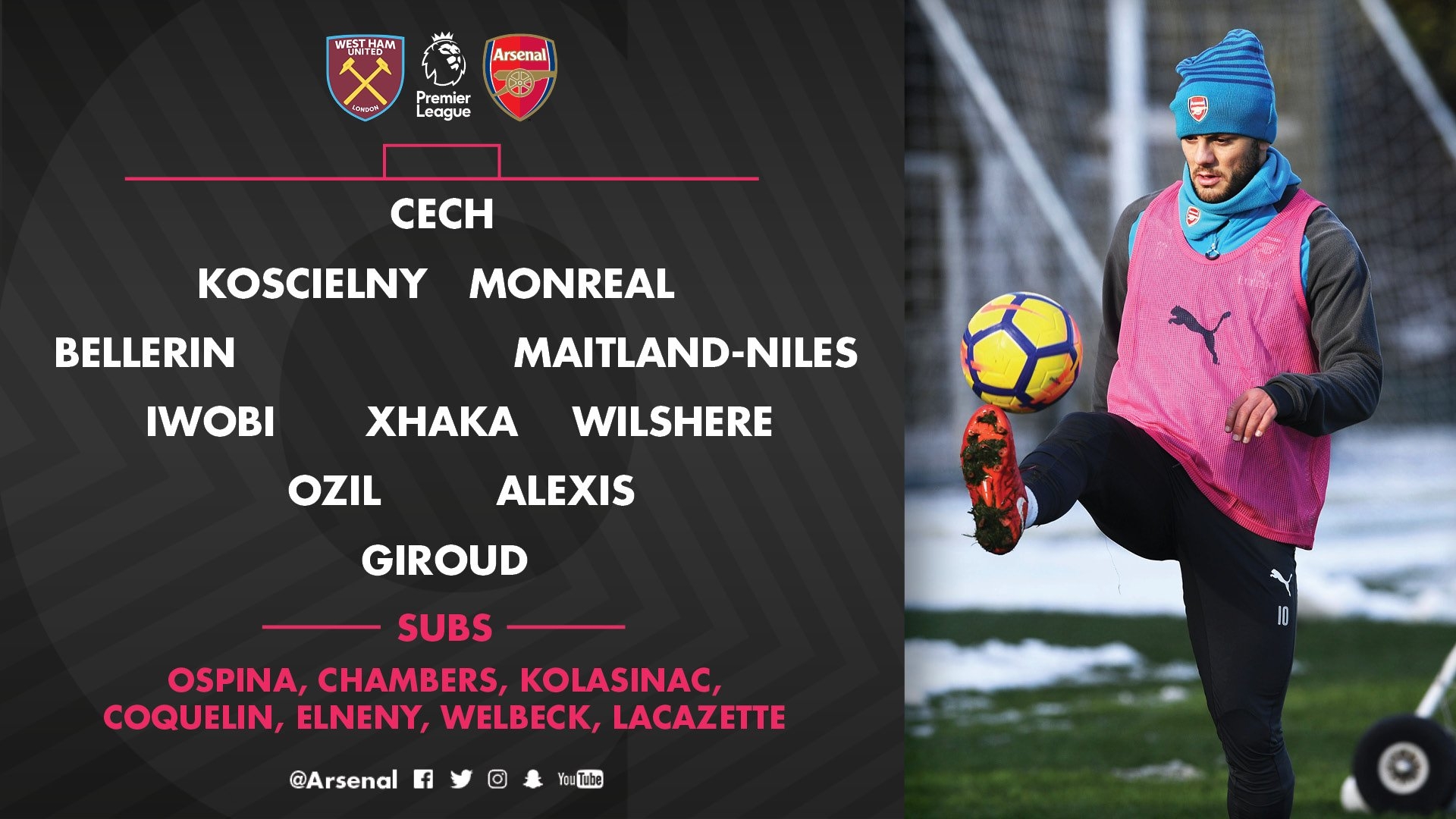 The gunners are getting welcomed at the London stadium by the hammers who are in the bottom of the table but Arsenal will be needing a win tonight.

The match will be beginning soon and is you know lineups are announced one hour before the match. The Arsenal lineup has been revealed and it consists of the following players;Cech, Bellerin, Koscielny, Monreal, Maitland-Niles, Iwobi, Xhaka, Wilshere, Ozil, Alexis, Giroud

Wilshere and Giroud omg it really is Christmas fam

This will be a must win for the gunners because they need three points in order to keep the pressure on top four or even possibly get into the UEFA Champions League spots before January.

Lacazette Reveals Why He Joined Arsenal ( Not To Win EPL)