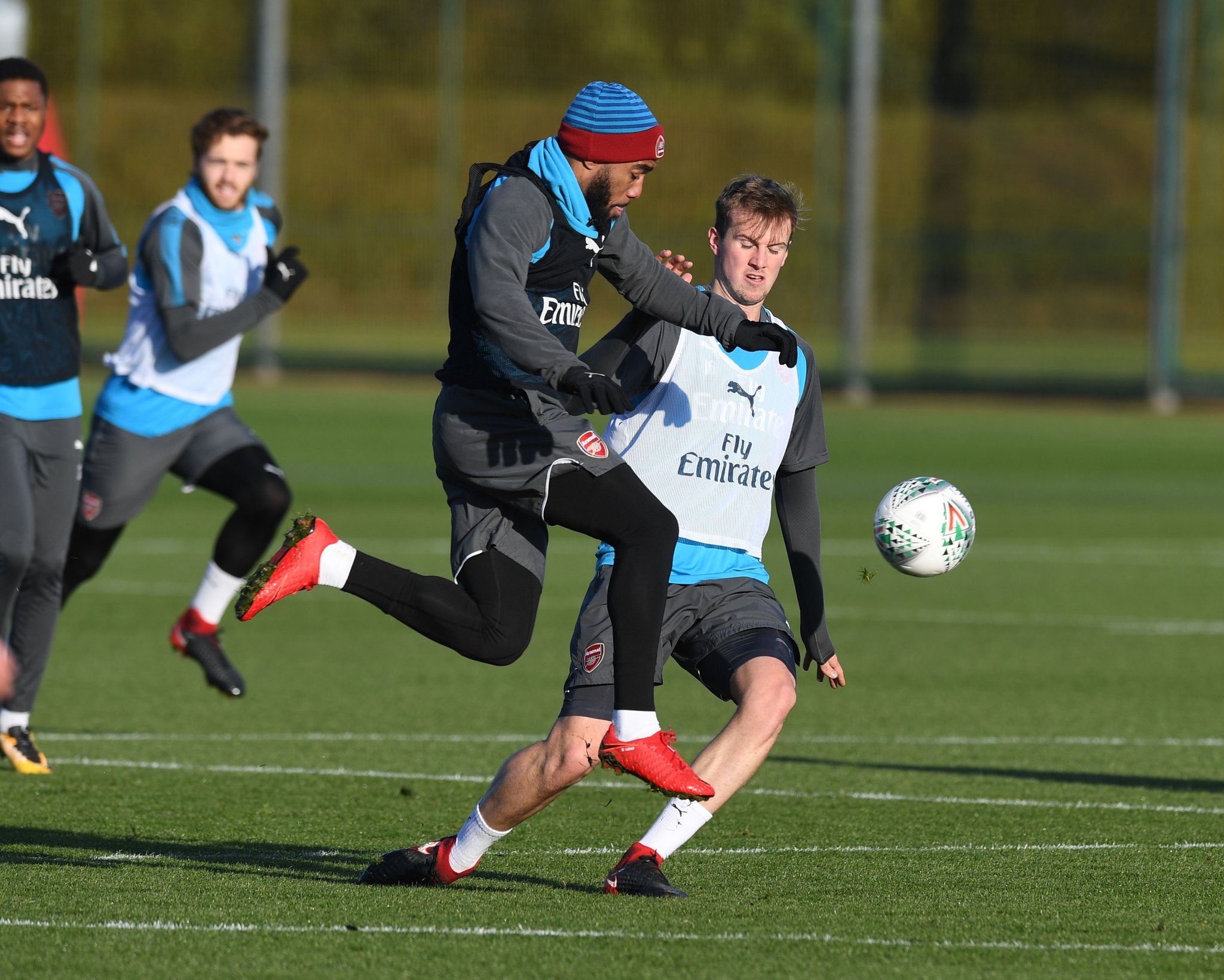 The gunners will be playing against West Ham United today at the Emirates stadium this evening as they will be hoping to move into the semi finals of the Carabao Cup.

The gunners will be welcoming the hammers at their home stadium as they hope to start a new home un beaten run after winning against Newcastle United on Saturday at theEmirates stadium.

The players trained yesterday at their training facility at the London coloney and they are now ready to welcome the fellow Londoners today in the EFL Cup quarterly finals. We have brought in the reactions of some Arsenal players.

Big oppurtunity tomorrow night to get in to the semi-finals! Lets go lads ⚽️??

Looking forward to a London Derby, under lights at the Emirates. Doesn't get much better! #COYG

The gunners will be facing West Ham United the 2nd time this month but in different competitions but Arsenal will be looking to take revenge on David Moyes’ men who held them at the London stadium a few weeks ago.