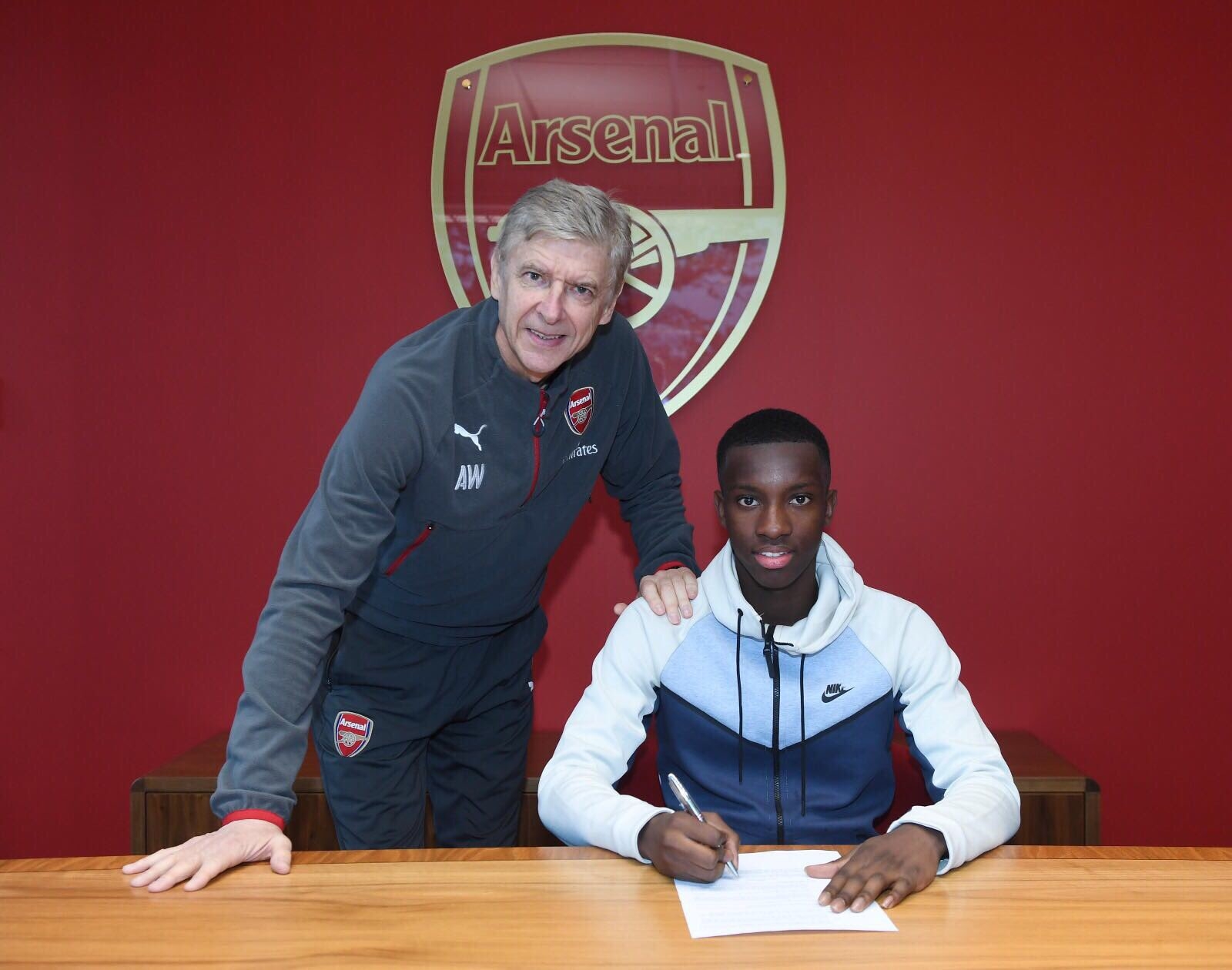 The gunners announced yesterday that they had renewed the deals of three of their youngsters namely; Matt Macey, Eddie Nketiah and Sheaf.

The gunners have gave the three youngsters new deals after they were given debuts this season in the Europa League and EFL Cup where the manager has been giving them chances.

Eddie Nketiah was overjoyed after the club decided to extend his contract with the club. The English international then took to social media to say how he feels about signing a new deal.

Delighted to have signed a new long term deal with @Arsenal . Thanks to my family and friends for all the support, God is good! ✍???

“Delighted to have signed a new long term deal with Arsenal looking forward to pushing on and continuing my development at this great club. Thanks to my family and friends for all the support, God is good!”

The statement made by the player clearly shows how happy he is about him signing a new deal with Arsenal.

The English international was first a Chelsea forward who later abandoned the player and the gunners picked up the hand of the player and he has been progressing well at the Emirates stadium, he even scored a brace in the EFL Cup which helped him progress to the next stage.

Related Topics:ArsenalEddie Nketiah
Up Next