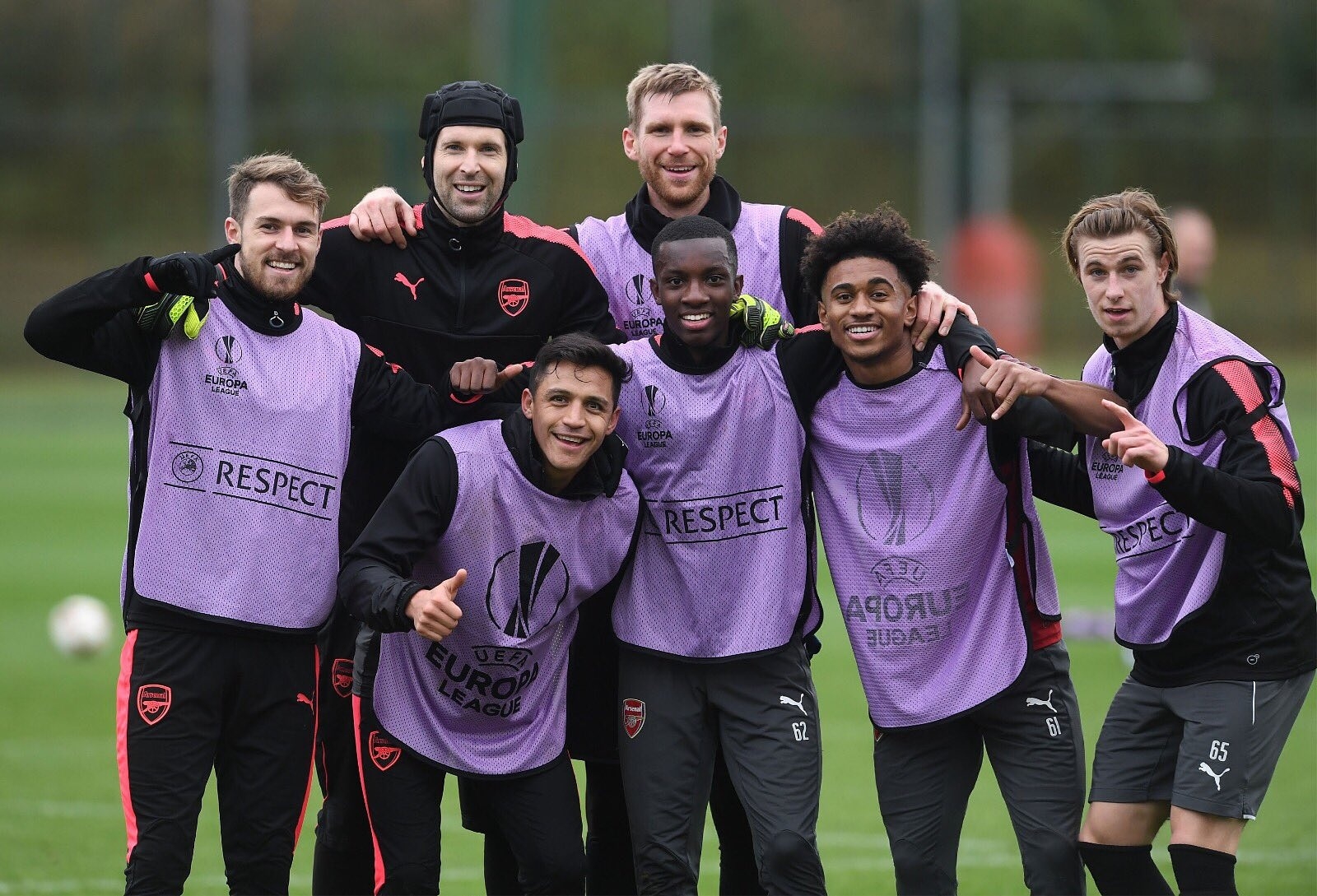 The gunners will be welcoming their Europa League opponent’s Bate Borisov who have travelled to the London city to face already qualified Arsenal.

The gunners will be playing this match well knowing that they have already qualified as group leaders even if they lose today and Arsene Wenger might take this opportunity to give opportunities to youngsters in the top European competition in order to impress him and supporters.

Most of the players like using social networks to show their reactions on up coming matches to the supporters so we have brought you of Reiss Nelson.

Reiss Nelson will be hoping to get a start today in order to get a chance to showcase his talent to the international audience which is very good for his career. The Englishman has received praise from many sports analysts who are backing him to become a successful footballer.

The gunners will be hoping to win this competition in order to confirm their qualification to next year’s UEFA Champions League competition because they aren’t sure whether they will finish in the top four of the English Premier League in this 2017/18 campaign which hasn’t been that good for the gunners.