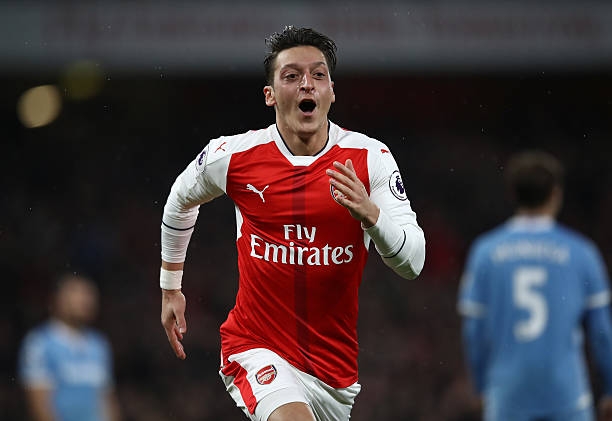 The gunners have been trying to convince Mesut Ozil to stay at the Emirates stadium for more years but the player hasn’t agreed a new deal with the German international.

The gunners are getting nervous and scared as the January transfer window edges closer because they know that they are at a strong risk of losing some of their stars like Mesut Ozil because they are linked with many top European clubs.

ESPN FC pundit Shaka Hislop believes that the German midfielder will be leaving the Emirates Stadium for the red devils in July who have for long been interested in him, the pundit said;

“This has been going on for quite some time. ( On United interest in Ozil). ’ the pundit is quoted by DAILY STAR.

‘I think there is a chance of it happening ( Ozil transfer) . I love actually don’t think it happens in January.”

The gunners will some how hope that the statement of the pundit because they will be hoping to see Mesut Ozil stay at the Emirates stadium for the rest of the season because they are currently under performing right now and it would be bad if they lost some of their stars midst the season.

The gunners have for long been urging their manager to begin talks right away but it seems Arsene Wenger is ready to take the risk of losing him because he recently said that for him doesn’t have sleepless nights because he hasn’t agreed to sign a new deal with the gunners.

Mesut Ozil arrived at the Emirates stadium four years ago and he has transformed the club over the years because he has also helped Arsenal win three FA Cup trophies and was even very close to break EPL legend Thiery Henry assist record but was one assist away from breaking the record.

Valencia Targeting Arsenal Star And To Make Move In January