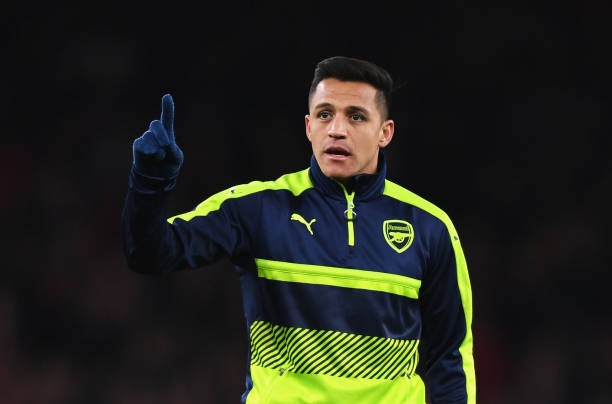 The transfer window is around the corner and so the players will be begin receiving offers from many clubs and Alexis Sanchez has received a mouth watering offer from China.

Arsenal Star Alexis Sanchez will be one of the most talked about players in this up coming January transfer window because he is currently linked with a number of clubs who will wish to seize the opportunity and obtain him.

They has been a report by THE SUN which claims that the Chilean international has turned down an offer from a Chinese club called Hebei China Fortune which was willing to pay the midfielder £400,000 a week wages but it is said that the Arsenal contract rebel turned down the offer because he doesn’t wish to move his footballing career to the Asian continent.

Arsenal fans were supposed to be happy about the news that their star turned down the offer but what is disheartening is that Alexis Sanchez didn’t turn down the mega money offer just because he wants to stay at the Emirates stadium but because his ready to make a push to his desired Manchester City move which was blocked by Arsene Wenger in the summer transfer window.

The gunners will now be expecting an offer from Pep Guardiola as soon as the January transfer window begins because the manager has always admired the Chilean international and wants a reunion with the player because he even once stated how he thinks Alexis Sanchez is an exceptional player. It is said that the Catalans will wish to get the former Barcelona star in the winter transfer window even though they are currently playing well because they haven’t lost a match since the season begun.

There hasn’t been any official statement from Arsene Wenger on whether they will try convincing the Chilean international to stay at the club amidst all the transfer speculations on him. Him leaving will make things hard for the French boss because he would need to get a capable replacement that has some skills like the want away Alexis Sanchez.

Valencia Targeting Arsenal Star And To Make Move In January