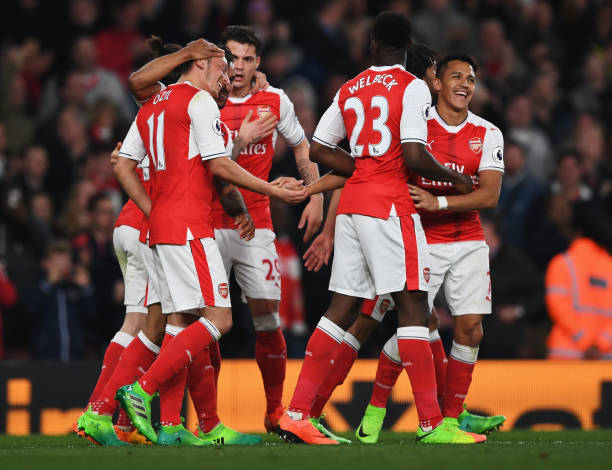 As the imminent exit of Alexis Sanchez looms around the Emirates Stadium,fans have been left wondering who replaces him.Indeed,this can be said to be a case of ‘de ja vu’ looking back to how we have lost our best players to our direct rivals.

This indeed has been the anxiety fans of Arsenal has been accustomed to under Arsene Wenger‘s reign. Undoubtedly the club’s most succesful manager till date,our French tactician (wenger) has overseen the affairs of the club for over 2 decades and has been credited with some level upgrade in the english football and some level of successes at Arsenal in his first 10years at the club.

Unlike Wenger first decade at the club,the second has been filled with some mild level of successes drawn from our Fa Cup exploits.But it is the uncertaintity and lack of will to compete with the top European clubs that has overshadowed the early years of Wenger’s reign. Approaching his third decade as manager of the club,there has been a rapid growth of uncertainty.

Amongst fans which is obviously drawn from the anticipation of the post Arsene Wenger era,fans have been left wondering what life would be at Arsenal without Arsene Wenger and if the recent result and performances of the club is anything to go by,then fans can be hopeful that a post Wenger era is imminent.

But one question that should arise amidst this #wengerout campaign is who succeeds him and there has been top names mentioned to succeed Arsene Wenger,but if recent reports are to are to be believed,then Carlo Ancelotti would soon be in charge at the Emirates Stadium. The Italian tactician is undoubtedly one of the best in the business,his achievements speak for him and he would for sure fit Wenger’s shoes but the question is, would Carlo succeed at Arsenal.

Italian coaches are usually known for their preference for a defensively balanced team which the current Wenger team has lacked in recent years .If the Italian should bring his native football ideas and mix it up with the club’s already possession obsessed and attacking football philosophy,then fans should anticipate a strong domestic and European challenge in the near future. So tell me why Ancellotti would not succed at Arsenal.