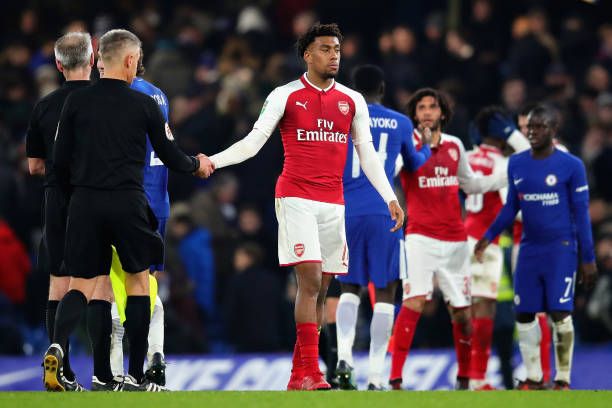 The gunners have made a goalless draw with the blues who had welcomed Arsenal at the Stamford Bridge stadium tonight.

The travelling Gooners were worried that their club was gonna be crashed by Chelsea today because the North Londoners have not been consistent in the past few weeks but looked mature today and held the blues to a 0-0 draw. The match looked quite very boring because both ends did not create enough chances that were almost finding the net.

The gunners started the match without Mesut Ozil ( missed match) and Alexis Sanchez who was benched by the manager today and later came in so the fans believe they could have won if those two were there.

TALKING POINTS FROM THE MATCH.

1. The gunners made a 0-0 draw last time they played at the bridge and it has happened again.

3. Arsenal will have a big task winning at the Emirates because last time made a 2-2 draw.

4. The gunners have made three draws in the last three matches with Chelsea.

This was an awaited match but it wasn’t interesting as expected because there weren’t any goals on both sides so they will wait for 2nd leg.