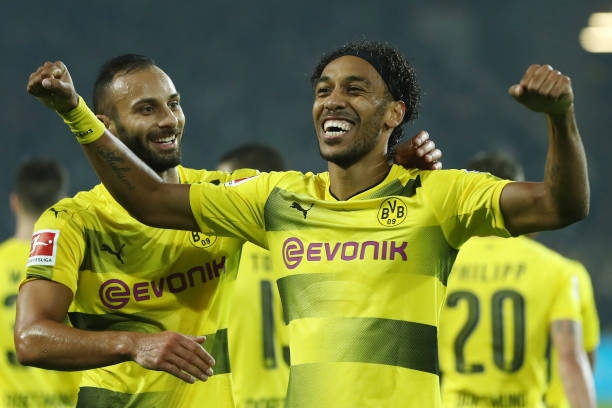 The gunners are currently in advanced talks with Borussia Dortmund over a possible transfer of Aubamayeng to the Emirates stadium this month.

The gunners have so far made two bids currently which have both been rejected by the German club because they believe that the Gabon international is a much valuable player than what Arsenal want to offer Borussia Dortmund to get him.

According to a report from MIRROR SPORT, it is said that the Dortmund officials are tired of negotiations with the gunners because the North London club don’t want to meet the asking price of £60 million but are rather willing to only offer just £44 million making the deal to remain stalled for now.

The gunners have always been a team that usually doesn’t spend a lot of money on players because they have missed out on great chances of getting good players like Higuain, Suarez and recently Thomas Lemar who have all not gone to the Emirates stadium because Arsenal do not want to release the money even though they are some of the richest clubs in the world.

Aubamayeng is a proven goal scorer who is sure to score 20+ goals a season so he would be an outstanding upgrade to the gunners squad who are currently also on form. Some Arsenal supporters have gone crazy on the internet and some claim that they will forgive Arsene Wenger for all bad decisions he has made if he brings Aubamayeng at the Emirates stadium..