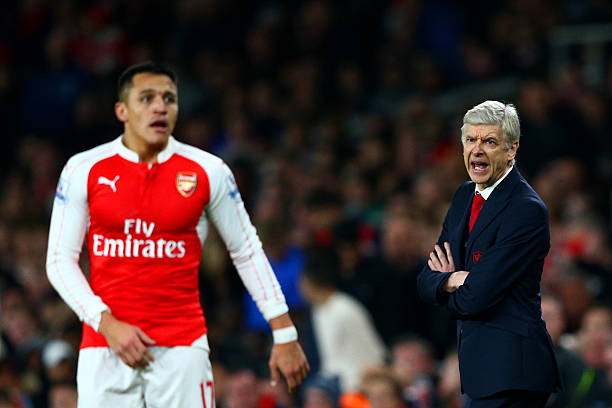 The gunners offially announced that they have made a swap Deal with the Red devils with Alexis Sanchez and Mkhitaryan goingto the opposite clubs.

This deal must have given the gunners manager Arsene Wenger some relief because he has been always got questioned about it on his every press conference but it’s now all done and his star Alexis Sanchez has left the North London club.

The manager was quite disappointed that the Chilean international left but he says that the player has gone to a great club though, his what he said;

“He is 29 years old, it is maybe his his last contract. Financially it is important,he could combine both. He is going to a great club.” said Wenger.

The gunners have been underperforming in the recent past few weeks and it was too disappointing for the Arsenal supporters to lose such an important player but the manager believes that it is better to let go of a player who wants to leave than have him when he no longer wants to be at the club.

Alexis Sanchez has spent three and half years at the Emirates stadium and he didn’t finish his current contract at the club because the gunners never wanted to lose him for free because he had boldly refused a new contract offered by Arsenal.

The gunners manager says that he wishes the player good luck because he has accomplished much in his career at the North London club and the fans loved him so much, they could usually commend Arsene Wenger for bringing such a top star to the club but that’s all in the past now.