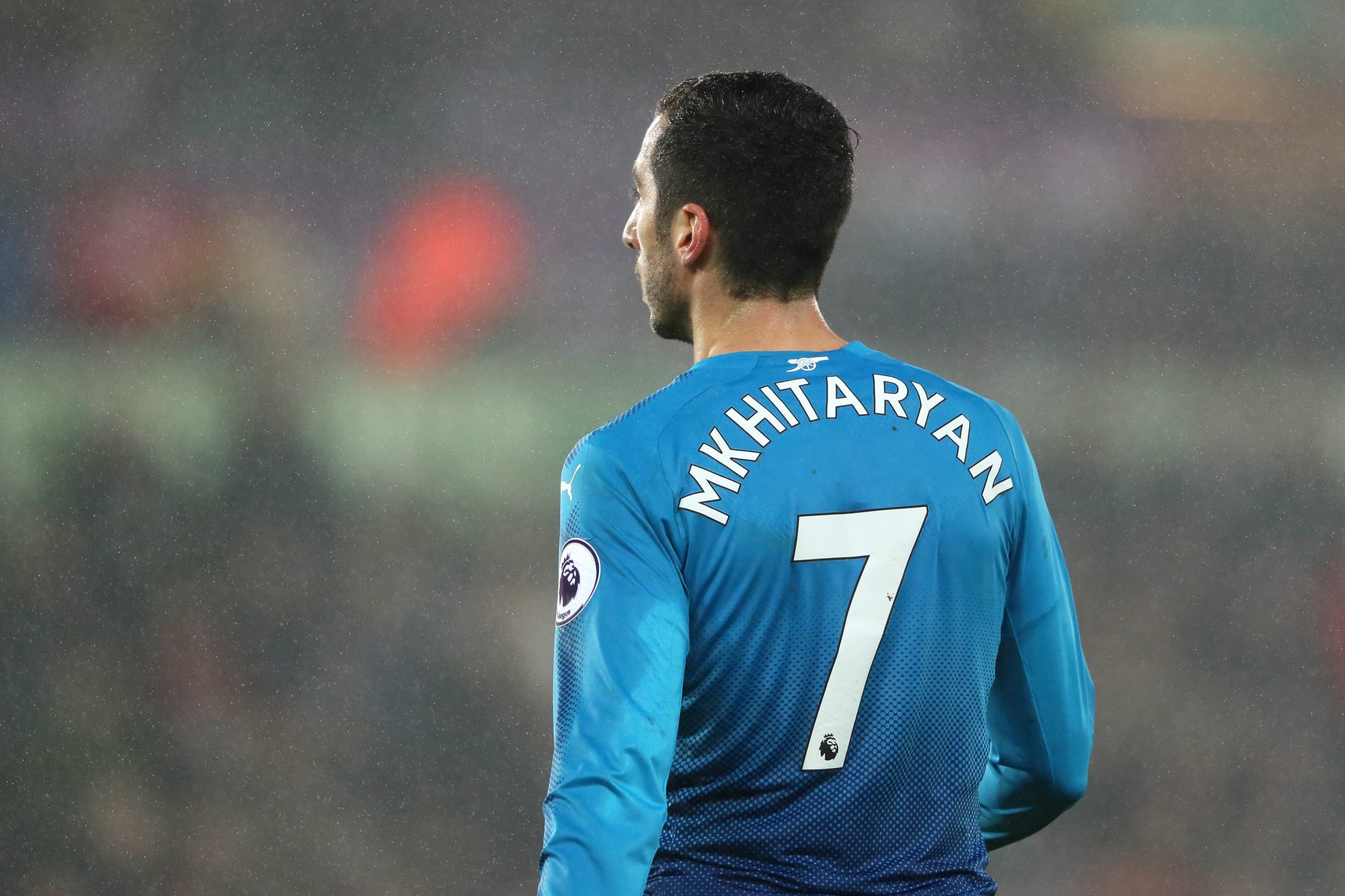 The gunners completed the signing of Mkhitaryan in the January transfer window and he was given the no.7 shirt but he will un fortunately won’t wear it in the Europa League.

According to the UEFA rules, it doesn’t allow different players wearing the same Jersey number to play in the Europa League so the player will be forced to wear another shirt other than the no.7 shirt.

The Club has confirmed that the Armenian international will be wearing the no.77 shirt when the gunners play their Europa League round of 32 which will be taking place in the coming weeks.

The attacking midfielder will start wearing his no.7 shirt in the European Championship next season when the records get refreshed.

Read:Wenger Makes His Say On Current Defensive Problems Of Arsenal

Read: Wenger Makes Comment On Who To Start On Aubamayeng And Lacazette