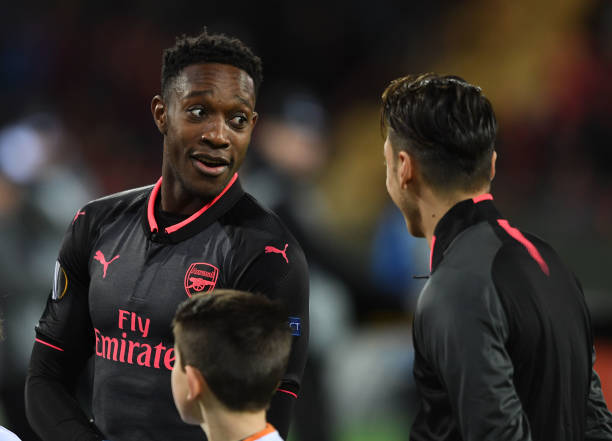 The gunners faced Swedish team Ostersunds yesterday in the Europa League and Danny Welbeck was named striker for their away match.

The English international finally got a start in the European competition because the gunners two main strikers were not available for the match because one Alexandre Lacazette was injured while Aubamayeng is ineligible to play in it.

It was the time for Danny Welbeck to impress the manager in order to get more starts in the future but he didn’t have perform well and rather had an awful performance but has revealed what caused this;

“The pitch was hard, l knew coming here it would be difficult with the players they have got they like to keep the ball and we had to keep our cool.’ the player told BT SPORT.

‘Maybe we could have played the ball forward a bit quicker, try to catch them out, but it was a professional start.’

The striker says that was worried about playing on the pitch of Ostersunds because it is artificial and he was just from an injury which had kept him away from playing for a long time.

Artificial pitches are always not good because they are very easy for players to get injured and so it was quite clear why Danny Welbeck didn’t want to get into too much action because he was afraid he could pick up a long time injury which could keep him out for a long time hence running his career.

Are you sure? Giroud Reveals Main Difference Between Wenger And Conte

Read: Arsene Wenger On If Will Rest Players In Ostersunds 2nd Leg