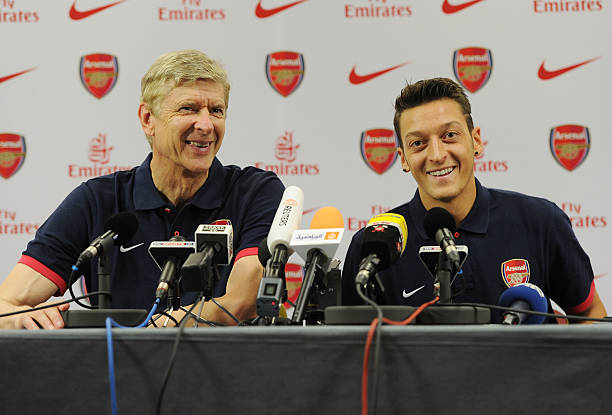 The gunners will be facing Ostersunds at the Emirates stadium in the return leg of the Europa League round of 32.

The gunners will be welcoming the Swedish club at their home stadium with a fantastic 3 goal away win and it is quite hard for Ostersunds to overturn the aggregate score board.

Arsene Wenger will be looking to rest some of his top players for the Carabao Cup finals and he has said that he would have started Mesut Ozil but it is still a doubt;

“Mesut was sick until today. He was in bed Monday, Tuesday.I would have played him but he will have to work hard tomorrow.”

The gunners will probably start this match with many youngsters because they already have many goals in the first leg and it wouldn’t be proper to start the match with many stars yet they have a final against Manchester City on Sunday.

PICTURES: Arsenal Train Ahead Of Match Against Ostersunds