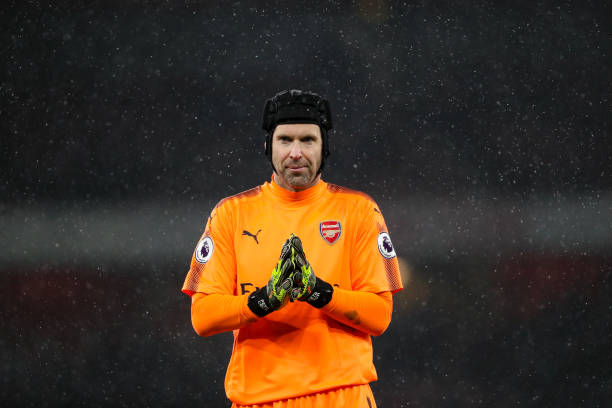 The gunners welcomed Manchester City at the empty Emirates stadium on Thursday and got defeated 3-0 in favour of the log leaders who proved to be mightier than Arsenal.

The gunners started off the match with their first choice goalkeeper Petr Cech who was given a start to protect the goal of Arsenal but he failed miserably because he conceded three goals against the attacking Manchester side.

Petr Cech was disappointed with the result of the match but he believes that they did look vicious for a win in their first half;

“I think in the first half we were much better organised than at Wembley.’ the player told arsenal.com.

‘We should have scored second half and we probably could have had another go later on. But l second half, they probably wanted to protect their lead but we put them under more pressure.”

Arsene Wenger Reveals What Went Wrong In Loss Against City