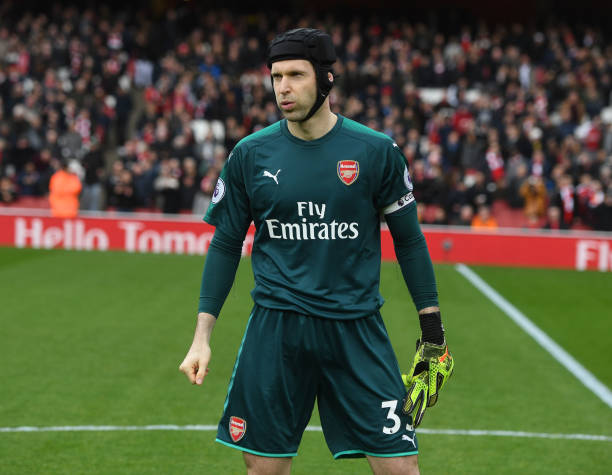 The gunners took on the hornets at the Emirates stadium and the Arsenal Team defeated them 3-0 after a remarkable performance from the team, there were many achievements for the gunners in that match including Petr Cech.

Cech has been under performing in the recent weeks with many of the fans calling for Arsene Wenger to start dropping him but he was very sharp in the match against Watford as he made an achievement of reaching 200 clean sheets in the English Premier League.

Wenger was very happy for Cech on his achievement so he had this to say;

“Petr Cech shows a little bit how quickly things change in football. He was in hell last week and in heaven today.’ Wenger told arsenal.com.

‘But, I would like to personally congratulate him for a remarkable achievement. ”

Cech arrived at the Emirates stadium in 2015 after he was dispatched off by his then club Chelsea and he has since been a great signing but he has been terrible this season as the Arsenal team has been rapidly conceding.

Aubameyang Reveals What He Is Frustrating Since Joining Arsenal

Rob Holding Reveals What Inspired The Team To Win Against Watford