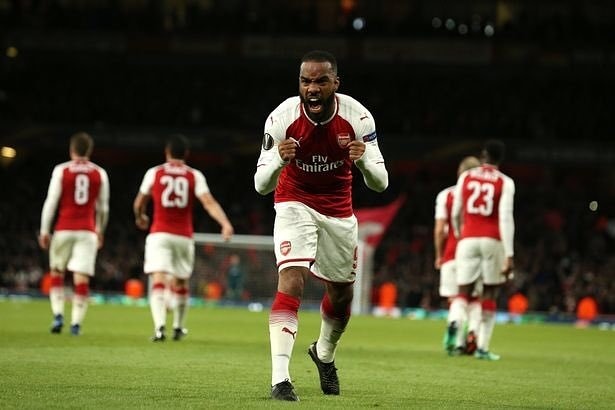 The gunners will be playing against Manchester United on Sunday and it’s going be their third last Premier League match of the season.

This is going to be a tough match for the North Londoners because the red devils have been on form and much superior than the Arsenal team this season but the players have vowed to try give Arsene Wenger announced perfect farewell so it would be very good if they good beat Jose Mourinho who has been his worst rival because they have had a history of word fights.

The Chilean international made his decision to leave the Emirates Stadium in the January transfer window and he has since received hate from the Arsenal supporters who believe that the player betrayed them but the current Arsenal squad will be hoping to defeat his club on Sunday to show him that he made a wrong decision.

AN END TO JOSE-WENGER FEUD

Both of the managers have not been friendly to each other in the past decade and it’s a pity that their rivalry will likely end on Sunday so football lovers will be eager to see the reactions of Wenger and Mourinho when they meet, if it will be the same as in the past.

Arsene Wenger recently announced that he will be resigning at the end of this season and it seems that announcement has raised the spirits of the players who believe that they were the reasons that he has decided to call it quits at the club because he wasn’t pleasing to the fans.

Analysis: The Manager And Arsenal Players,Who Betrayed The Fans!