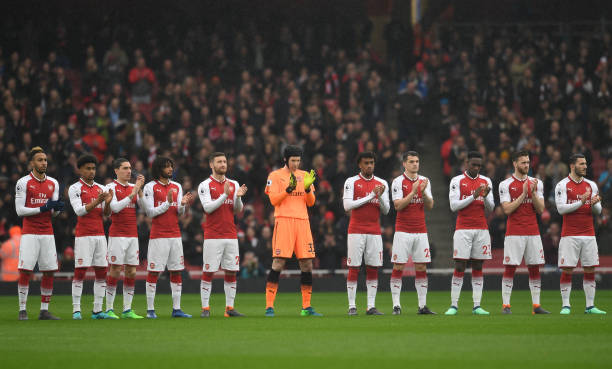 The gunners faced Southampton at the Emirates Stadium today and successfully obtained the three points luckily because the Saints looked like they wanted to share the points with the Arsenal squad.

The gunners had an entertaining 2nd half as they almost gave up their 2-1 lead after Saint’s striker Austin put the ball into the back of the Arsenal net but luckily, they regained their lead through Danny Welbeck who made it two goals for the day.

So let’s take a look at the player ratings of the Arsenal players based on their performance today. We rate them from 0-10.

The keeper could have saved the first goal and that mess up with Mustafi. He wasn’t at his best today.

The left back wasn’t at his best too but he did try to stop attacks from his flanks.

It was a fantastic performance for a young defender in such a heated match. However he failed to stop the cross from reaching Austin who scored 2nd Southampton goal.

The defender was the worst performing player today. It wasn’t his day today.

Great performance but could have been better.

He was very stable in the lineup and was even making his usual through balls.

Was that even necessary? The midfield got sent off in the late minutes of the match due to a reckless action.

Nice performance from the Nigerian international as he collected two assists today.

Not a bad performance for the youngster.

Best performer of the day. The forward was very impressive today as he scored a double to save the team from a draw.

The striker equalised for the gunners through a long range shot. Had some others, great performance.

The gunners were lucky to have obtained the three points today because the fans had started leaving the stadium when they thought that the match was over after Austin equalised for the Saints.

Three Talking Points Ahead Of Arsenal’s Match Against CSKA Match