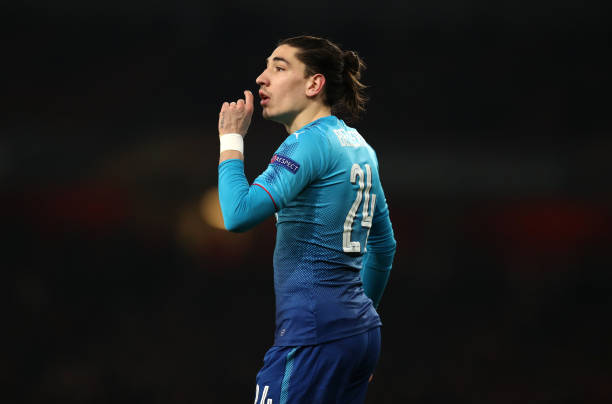 Arsenal right back Hector Bellerin is now wearing the shirt number 24 and the Spanish international has revealed that he wants a change in the coming season which will kick off in August this year.

The Spanish says that he will ask for the no.2 jersey number at the Emirates Stadium since it is now un used after the departure of Mathieu Debuchy who left the gunners in the January transfer window after he realised that he had no place in North London as he had lost favor from the manager hence joining Saint-Ettiene in Ligue one.

Hector Bellerin said that he wants the shirt number 2 via the club’s official YouTube channel;

“Number two is not occupied now, but it was at the beginning of the season.” said Bellerin.

“In the summer, I am going to ask for the number two shirt.”

The Arsenal supporters will be happy that the right back international is planning for the future which includes the gunners because there are a number of top European clubs such as Juventus that are also interested in getting the signature of the Spanish international.

There are many gooners have criticized Bellerin this season saying that he has been under performing in most matches which is very un like how he has in the earlier seasons where he could also compete with Mesut Ozil for highest highest assists.

Related Topics:ArsenalHector Bellerin
Up Next

Wenger Makes His Say On His Rivalry With Ferguson