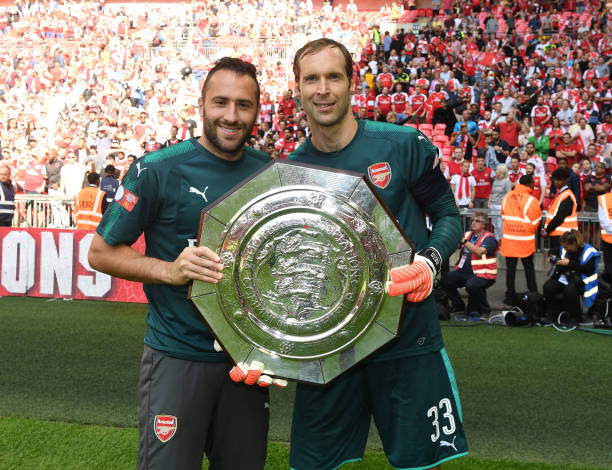 The gunners will be playing against Atletico Madrid today hoping to book their place in their Europa League finals and the tie begins in London at the Emirates Stadium today.

As reported by The Mirror Sport, the gunners will be starting the match with their 2nd choice goalkeeper David Ospina instead of their first choice who missed out on last weekend’s match due to an injury but he has fully returned but the manager wants to respect his decision which he made to be starting Ospina in the Uefa Europa League.

Arsene Wenger revealed in the past that he wants to keep both of his goal keepers happy and said that Petr Cech was going to be for the Premier League while the other was for the other competitions but sometimes he has been surprising the fans when he has changed the rules he set like Cech playing in the Europa League but that has been usually happening when the other is injured.

Most Arsenal supporters have criticized Petr Cech for the club’s under performances this season because he has failed to keep a clean sheet in most matches this season which has made them to believe that it could be the time for the North Londoners to try to get a new goalkeeper in the up coming summer transfer window.

Wenger Reveals His Worst Regret In His Arsenal Career

Bellerin: I Want A Jersey Number Shirt Change Next Season