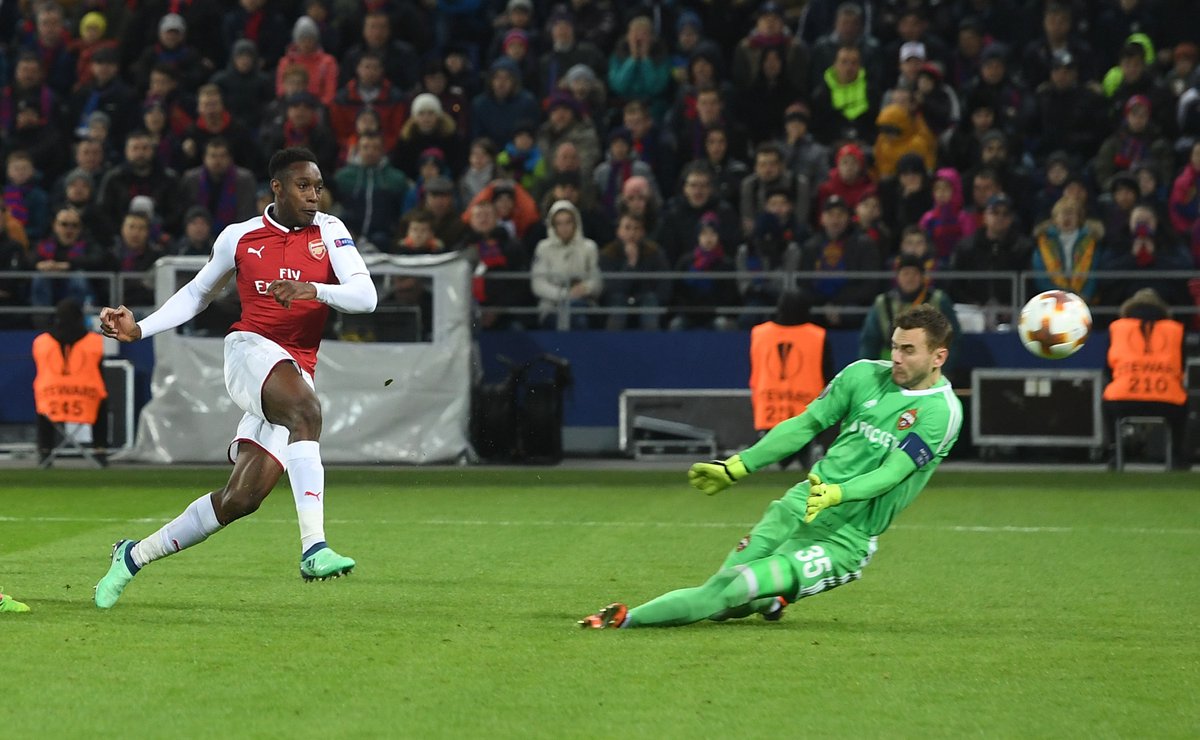 The gunners travelled to the Russian capital to face CSKA Moscow yesterday and the Arsenal team drew 2-2 today with the aggregate score board reading 6-3 in favour of the North Londoners.

The gunners come into this match knowing that it was going to be an easy tie because they were leading by 4-1 on the aggregate but were stunned by the performance of the home team who looked determined to put up a fight. The Arsenal team conceded in the first half in the 39th minute and later doubled the lead after the start of the 2nd half.

Arsenal fans became terrified that CSKA Moscow was going to pull off the impossible and overturn the quarter final tie because they had 3-4 on aggregate, where by they needed one more goal to eliminate Arsene Wenger‘s men but luckily for the gunners, Danny Welbeck came at their rescue in the 75th minute by putting the ball into the back of the net to make it 3-5 on aggregate.

The goal by the English international proved to be vital because it reduced the confidence of CSKA Moscow who looked hungry to score past the gunners. The Arsenal fans didn’t expect a loss at the VEB Arena stadium because they comfortably defeated the Russian side 4-1 at the Emirates Stadium.

The gunners weren’t done yet as they completely finished off the match in the last minutes of the match through their midfielder Aaron Ramsey who scored to make it 2-2.

The gunners will now have to wait for the Europa League semi final draw which will be taking place on Friday and will be hoping not to be drawn with a top club.

– Arsenal weren’t pushing hard for a goal in the first 60 minutes.

– Arsenal players got worried when they conceded 2nd goal and understood that they haven’t qualified yet.

– Arsene Wenger thought that it’s going to be an easy match until his team conceded twice and went under pressure.

– A 3 goal win would have been enough for CSKA Moscow to eliminate the gunners because they got an away goal.

So that’s it, the gunners have qualified for the 2017/18 Europa League semi finals after beating CSKA Moscow 3-6 on aggregate.