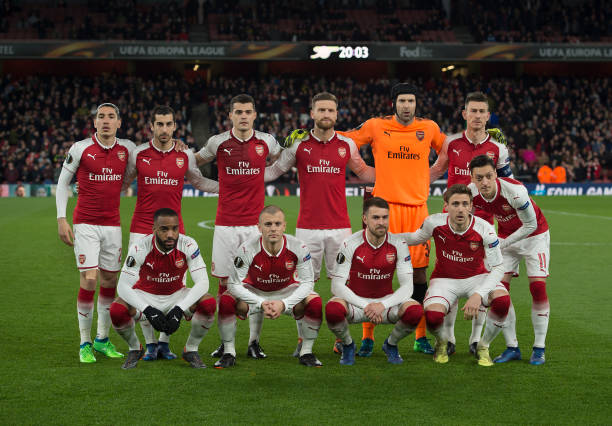 The gunners will be welcomed at the VEB Arena stadium today to play the 2nd leg of their quarter final tie against CSKA Moscow but come into this match with 4-1 on aggregate.

The Arsenal squad travelled to Russia yesterday to go and finish the job away from home after dismantling CSKA Moscow at the Emirates Stadium two weeks ago thanks to a splended performance from the North Londoners. Arsene Wenger has put all his tabs on the Europa League because it could be his only chance of survival as a manager because it’s been reported that the board has told him to win UEL or else forced resignation.

The manager travelled with a strong squad despite having a 4-1 advantage but he doesn’t want to take any chances because it will be embarrassing for a top club like Arsenal to miss out on the UEFA Champions League twice consecutively, this is not only disappointing for the fans but with also the brands that are sponsoring the Arsenal squad.

Some Arsenal fans have been discussing on social networks and some say that they don’t have time to watch today’s away match because they believe their club has already qualified so they are waiting for the draw for the Europa League semi finals.