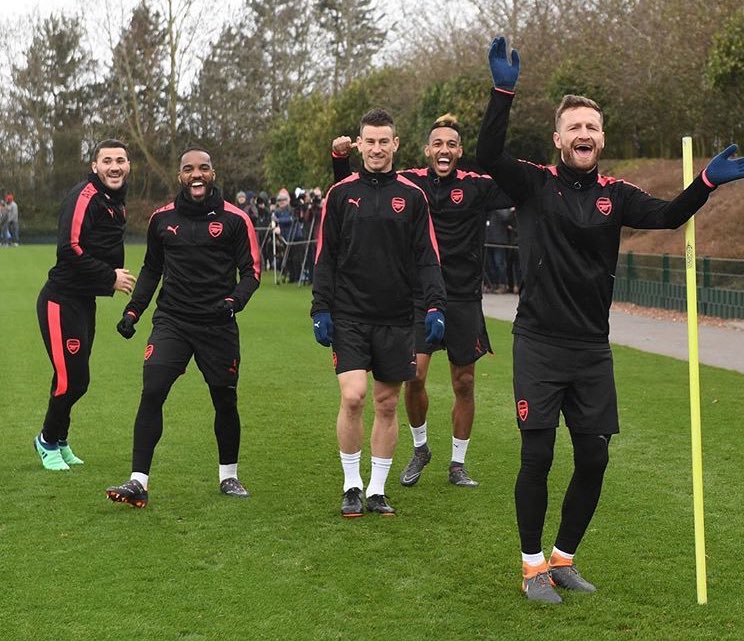 Arsenal come into this match full of confidence after winning their last four matches including two wins from Serie A giants AC Milan who the North Londoners defeated in the Europa League round of 16.

We have brought you the expected Arsenal lineup to face CSKA Moscow tonight based on the current team ;

The gunners will of course be without Santi Cazorla who is still on the sidelines due to an injury and Aubameyang will be taking no part in today’s match because he’s ineligible to play in the competition this season when he already played for another club in the same competition.

This will be a must win for the gunners because it is their only way of making their way into next season’s UEFA Champions League because it’s clear that they won’t be finishing in the top four.