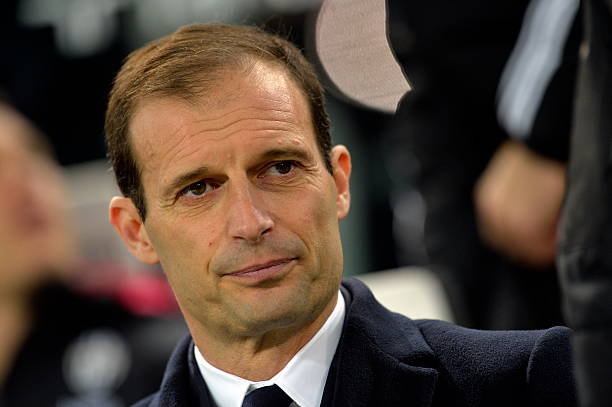 Max Allegri has been one of the few managers which the gunners believe that could be a great replacement for Arsene Wenger but the Juventus manager seems contended with his current club despite reports linking him to the Emirates Stadium.

This season has been disappointing for the Arsenal fans because they are currently in the 6th position where by its by now confirmed that they have missed out on a chance in finishing in the top four. Their only hope is winning Europa League but there are rumors that the board will force Wenger to resign if he doesn’t win UEL.

So the gunners have identified Max Allegri but he has said that he is happy where he is now;

“I have a contract until 2020 and I am happy here, I am in harmony with the club.” Allegri was quoted by METRO SPORT.

The Arsenal fans will be disappointed with the statement by their number one manager transfer target because there are high chances that the gunners will finally let go of Arsene Wenger at the end of this season because the board is under pressure by the fans.

The gunners lost 2-1 yesterday against Newcastle United after a poor performance from the squad and that defeat has made the fans believe that their team isn’t at their best yet, and still have to fix their defensive problems.