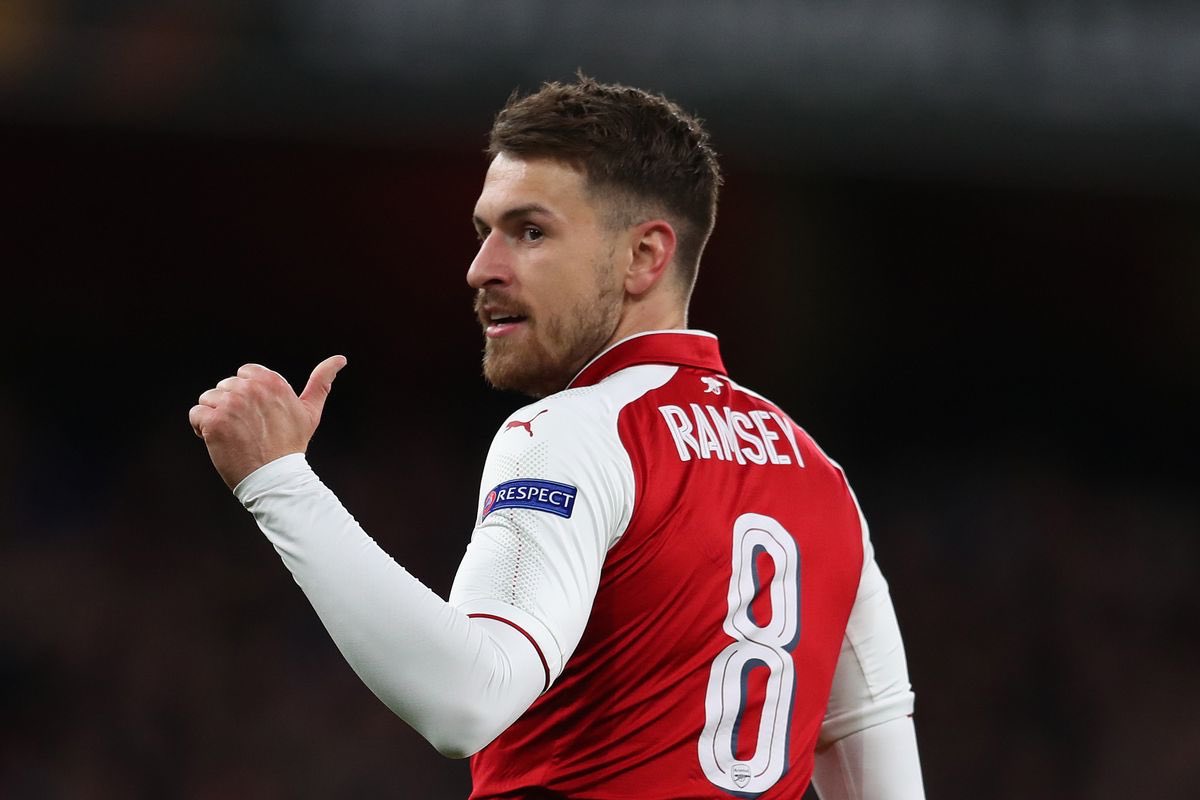 Arsenal midfielder Aaron Ramsey has been voted by the supporters as their player of the season thanks to a remarkable performance by the Welsh international in the 2017/18 season. The club generally performed poorly this season but the team still had some players who contributed much to the team and Ramsey was among them as he scored 7 goals as well as making 8 assists.

It has been a tough season for the North Londoners as they have also had to say goodbye to their longest-serving manager Arsene Wenger who announced his resignation from his job a few weeks before the season ended. The club announced via its official Arsenal website that Ramsey was voted the best Arsenal player of the season by the fans and Nacho Monreal was the second to the Welshman as he also got a huge number of votes from the Arsenal fans due to his defensive role in the 2017/18 campaign.

Aaron Ramsey is a loved player at the Emirates Stadium and he has gone into the hearts of the Arsenal fans ever since he scored in the FA Cup final in the 2013-14 season when the club had finished many years without winning any competition since the 2004 triumph.

PER MERTESACKER ON AARON RAMSEY ( December, 2017)

The gunners defeated the toffees 5-1 after a splendid performance and Arsenal midfielder Aaron Ramsey scored a hatrick to gift the gunners the three points.

The midfielder took to Twitter to make his say on being named the Arsenal player of the season.

It means a lot to be voted player of the season by your own fans. Thank you ? #arsenalplayeroftheseason #grateful pic.twitter.com/rEBa97c0pj

“It means a lot to be voted player of the season by your own fans. Thank you.”

The Welsh international has been linked with a number of clubs this week but it’s believed that the gunners are focused offer him a new deal in the up coming weeks or months.