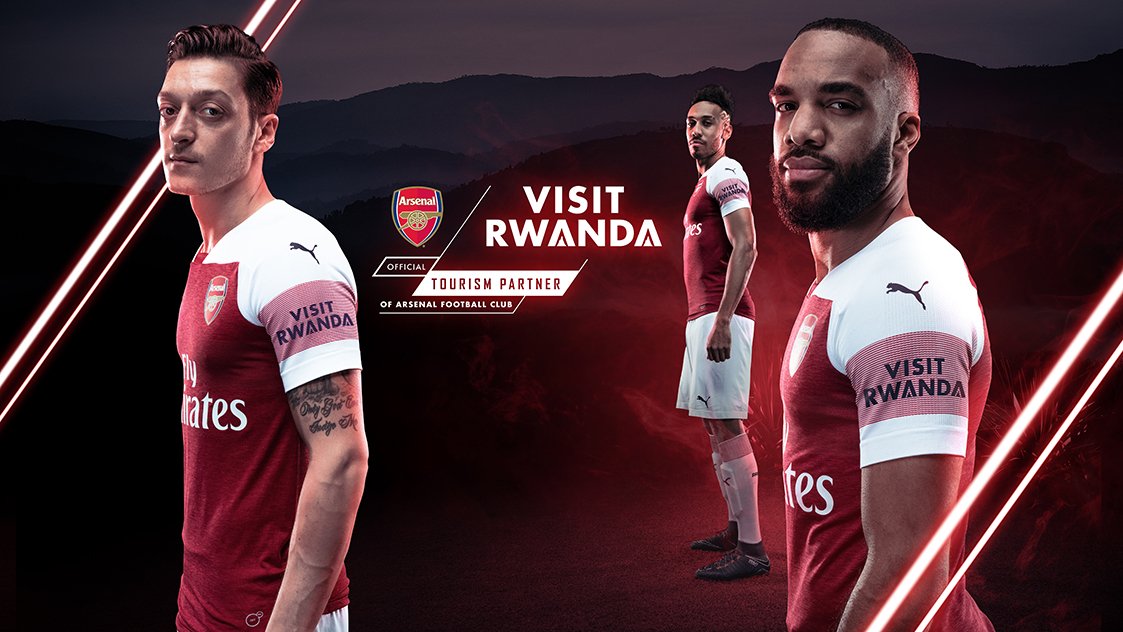 The gunners have signed a three-year sleeve sponsorship deal with Visit Rwanda and the tourist board’s logo will be on the jerseys of Arsenal for the up coming three years. The Arsenal team un veiled their 2018 home kit yesterday and it comes with many changes to the one used in the previous season.

Puma designed the home kit of the gunners but this will likely be the last time the club let’s the kit company make for them their kits because their contracts expires at the end of this season.

The new Arsenal home kits aren’t available for sale but they will be open starting July 1st 2018 but you can pre-order from the club’s official website. The new 2018/19 shirt includes horizontal red stripes on the white sleeves and is accompanied by white shorts and socks and the reactions of the supporters isn’t good so far because they believe that they are not happy about the change of colours from the one used last season.

There has been rumours that Arsenal have been contacted by Adidas over a big money deal but that won’t happen until next season. This is the first time Arsene have had sleeve sponsorships and Visit Rwanda becomes their tourism partner, the club confirmed today via their official website.

Related Topics:ArsenalPumaVisit Rwanda
Up Next

Unai Emery Reveals The Playing Style He Will Use, Fans Will Love It!