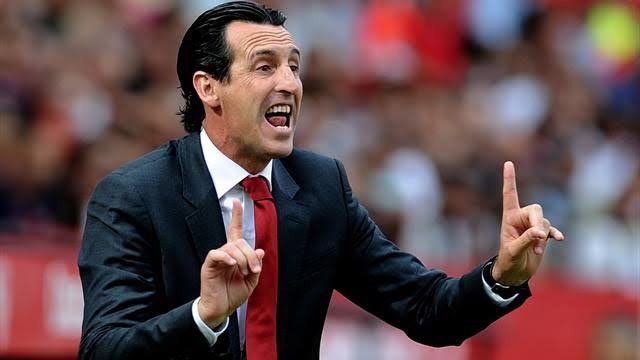 Arsenal is one of the most active clubs in this summer transfer window but there are yet to confirm the signing of any of their transfer targets. The confirmation of Unai Emery as the new manager has boost the club’s hunt for new players because the new boss can work with head of recruitment Sven Mislintat.

The new Arsenal manager will be eager to strengthen his club so that he could get a successful first season because it’s usually not easy for new managers to adapt to their new clubs. Unai Emery is said to be interested in signing six players in this summer transfer window but he will hope to get some players on a free transfer since he has a tight budget of £70 million.

Arsenal legend Paul Merson has also given out his say on the type of players which he believes the new gunners boss should work hard on signing in this summer transfer window.

“Defensively they need everything, from a goalkeeper as Petr Cech was great but isn’t now, centre halves and a holding midfielder.” said Merson telling Sky Sports.

“The full backs aren’t really good enough either so they’ve got a lot of work to do. ”

The legend believes that the gunners are very weak in the defense area but the summer transfer window won’t be enough for them to fix those areas raised by Paul Merson but Unai Emery has already started making enquiries on the availability of some defenders such as Jonny Evans and many others.

Paul Merson said that both the full backs are not that good but the Arsenal fans will disagree because Nacho Monreal was outstanding last season but they are also not happy with the performance of Hector Bellerin because they are always criticizing him on social media.