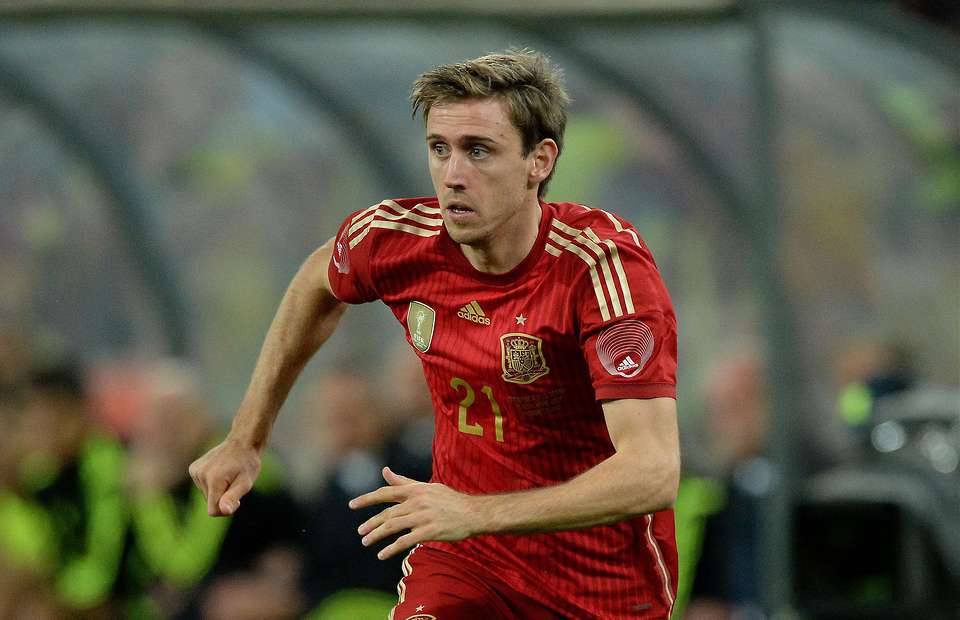 The wait is over for Nacho Monreal, after he was chosen as part of Spain’s 23-man squad for the 2018 FIFA World Cup in Russia. Although he missed out on the recent friendlies against Germany and Argentina in March, the Arsenal man has remained firmly in the plans of national team coach, Julen Lopetegui.

Patience has certainly proven to be a virtue for Monreal, who missed out on the successful 2010 World Cup triumph in South Africa, along with Spain’s disappointing defence of their title at the 2014 tournament in Brazil, when the side were eliminated in the group stages. Nevertheless, the 32-year-old will be relishing the opportunity this time around.

One of the key advantages favouring the selection of Monreal is his versatility, as a full-back able to operate on both the left or right of defence, within a squad chosen by Lopetegui that seems to favour positional flexibility among those who made the final cut. Ahead of the World Cup, the odds from over at Sportsbet have Spain priced at 7.00 and among the favourites to win the tournament, based upon the team they’ll be taking to Russia.

Unlike his Arsenal teammate, Héctor Bellerín was perhaps never really considered to be in serious contention for a place in Lopetegui’s final squad for the 2018 World Cup. The 23-year-old will have to settle for watching from afar this summer, dreaming perhaps of making it to the 2022 tournament in Qatar as his next World Cup objective.

With just three full caps to his name thus far, Bellerín has fallen considerably down Spain’s pecking order. Although he replaced Dani Carvajal in the Euro 2016 squad, the Real Madrid player is solidly regarded as the first-choice option for Lopetegui. Meanwhile, and perhaps more frustrating for Bellerín, 22-year-old Real Sociedad right-back Álvaro Odriozola is regarded as a better option in the eyes of his national team coach.

Although it’s fair to say that Spanish football has an embarrassment of riches available for selection, Bellerín isn’t the only prominent Premier League star who won’t be featuring at the World Cup with Spain this summer. Defensive versatility has earned César Azpilicueta the nod from Lopetegui, but Chelsea quartet Marcos Alonso, Cesc Fàbregas, Álvaro Morata and Pedro are all notable by their omission. Likewise, there’s no room for Manchester United duo Ander Herrera and Juan Mata.

All told, the international squad selections seem to underline what has been a very frustrating season for the Gunners. Regardless of criticism from fans and pundits alike throughout the 2017-18 campaign, Mesut Özil was always nailed on to feature in the Germany squad, and unsurprisingly, he will be one of their key players at the 2018 World Cup, but others haven’t been so fortunate.

Centre-back Shkodran Mustafi remains frozen out of Joachim Löw’s plans, Despite the German defender statistically rating as Arsenal’s best player this season, according to whoscored.com average match ratings. There’s also been much surprise that Jack Wilshire wasn’t included in Gareth Southgate’s list for England, even though Danny Welbeck did make the squad.

Laurent Koscielny was still harbouring hopes of heading to Russia with the French squad, even after announcing recently that he’d retire from international football after the World Cup, but an untimely ankle injury ended that. Alexandre Lacazette also hasn’t made the final cut for national coach Didier Dechamps, who only included the Arsenal forward as a standby option. 32-year-old Koscielny can now consider himself definitively retired from the international scene.

Based on the squad announcements thus far, Arsenal’s 2017-18 Premier League squad will have seven representatives in total at the 2018 World Cup. Joining Özil, Monreal and Welbeck at the tournament will be David Ospina, who remains the first choice Colombia goalkeeper. Likewise, Granit Xhaka is an essential ingredient for Switzerland, while Mohamed Elneny is key in the Egypt midfield and Alex Iwobi is listed among the provisional options for Nigeria.

Finally, there are two more players now contracted to Arsenal who may also feature at the World Cup. 25-year-old Joel Campbell has only made 6 appearances on loan at Real Betis in La Liga, however, he was still named in the final 23-man squad for Costa Rica. Yet to make an appearance for the Gunners is Takuma Asano, who spent the 2017-18 season on loan at VfB Stuttgart in the Bundesliga. The Japanese international is part of their provisional squad for the tournament and is expected to make the final list.

Analysis: Would Mikel Arteta Do Wonders As Arsenal Manager